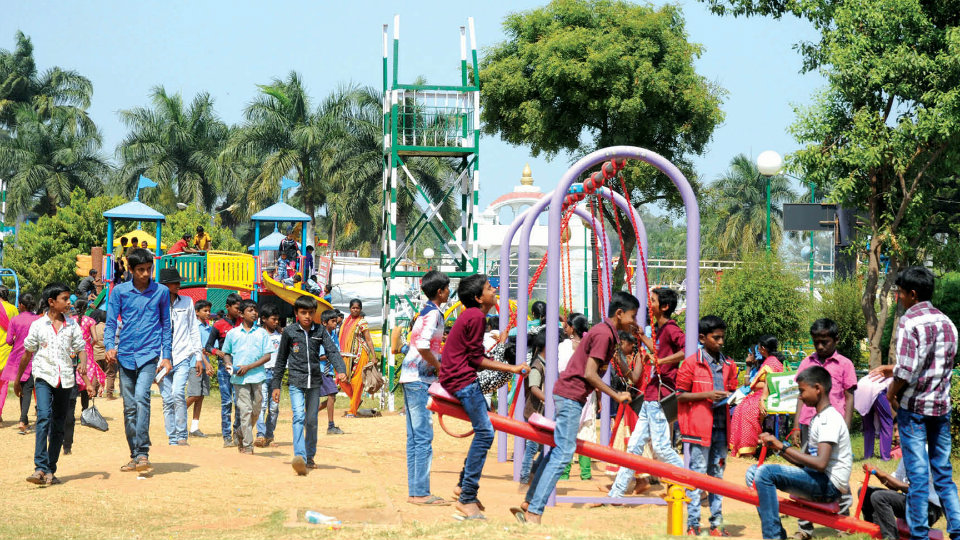 Speaking to reporters at Pathrakartara Bhavan here yesterday, she said violations of children rights such as employing children in hazardous industries, child labour, children out of school, child trafficking, pushing children to begging, sexual and physical assault on minors are increasing though the RLHP, Childline, other Non-Government Organisations (NGOs) are involved in protection and empowerment of children in the district. She regretted that violations of children rights are unabated despite various awareness programmes being undertaken by these NGOs.

Childline had also ensured necessary medical aid to 34 children and funded education cost of one child. It has also filed complaints against the missing of 19 children in various Police Stations. Childline has also rescued 117 children at City Railway Station, Bus Stands, various tourist spots and rehabilitated them.

Though the Childline had received 142 calls seeking prevention of child marriage, the organisation averted 115 child marriages with the help of police, child welfare and protection officials. Of the102 child labour calls, the organisation rescued 80 children. 20 children who were engaged in begging have been rehabilitated against the 90 complaints. 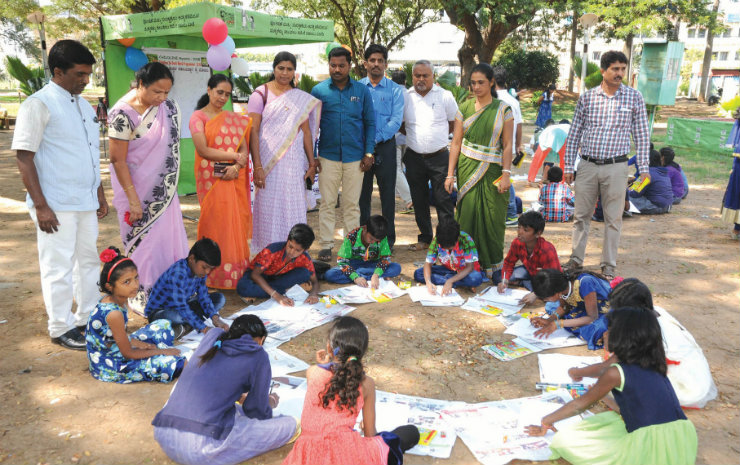 Deputy Director of Women and Child Development Department K. Radha (standing 2nd from left), who
inaugurated the ‘Maithri Sapthaha’ at Kuppanna Park in city this morning, watching the children paint at a
contest organised as part of Children’s Day celebrations.

She said that the State and Union Governments with the help of various children-friendly NGOs have been conducting the nationwide ‘Maithri Sapthaha’ from Nov.14 to 21 in selected 425 districts in the country with main intention to educate the public and children about protection of children rights, besides to ensure education and create children-friendly atmosphere.

Childline had organised drawing and painting contest for children at Kuppanna Park in city this morning. It will conduct similar programme for children and street play on Nov.15 at City Railway Station, near Devaraj Market and other major junctions in city.

A public awareness and sensitising the government employees will held on Nov.16 at Sargur. The Women and Child Welfare Department will hold children awareness programme on Nov.17 at Mysuru.

A one-day workshop on prevention of child marriage, child labour and sexual assault on minors and drawing contest will held on Nov.19 at Child Labour Hostel run by Nisarga Foundation at H.D. Kote town.

A  public awareness programme at Morarji Desai Residential School at Bilikere will held on Nov.20 and public campaign  will held at Bus Stand, Hotels, Business Establishments at T.N. Narasipur on Nov.21.

Saraswathi said that cases of child marriage had reduced to considerable extent when compared to previous year’s records of the district. However, she said that the NGOs were finding tough to trace out the child marriage cases in tribal hamlets as couples migrate to other places soon after their marriage.

The cases of child marriages are high in rural Mysuru. In many child marriage cases, parents get their daughter or son married at an early age due to certain beliefs and poor economic conditions. As most of the marriages are conducted secretly, the authorities are unable to take legal action due to lack of evidence.

Deputy Director of Women and Child Development Department K. Radha said that the number of cases has come down when compared to previous years. However, the social evil still exists in the rural region, particularly in tribal hamlets.

She said that the Department has issued instructions to the tribal leaders in this regard and also educated them about the ill-effects of child marriages, including legal consequences. Owing to awareness and educative programmes, child marriages are on the decline, she said.

As many as 43 cases of child marriages have been reported from April to October in the district and 41 of them were stopped. Police have registered FIRs in two cases. K.R. Nagar taluk tops the list with 11 cases, followed by 10 cases in Nanjangud.