Home » Columns » Choice is Yours, Honeybee or a Fly… 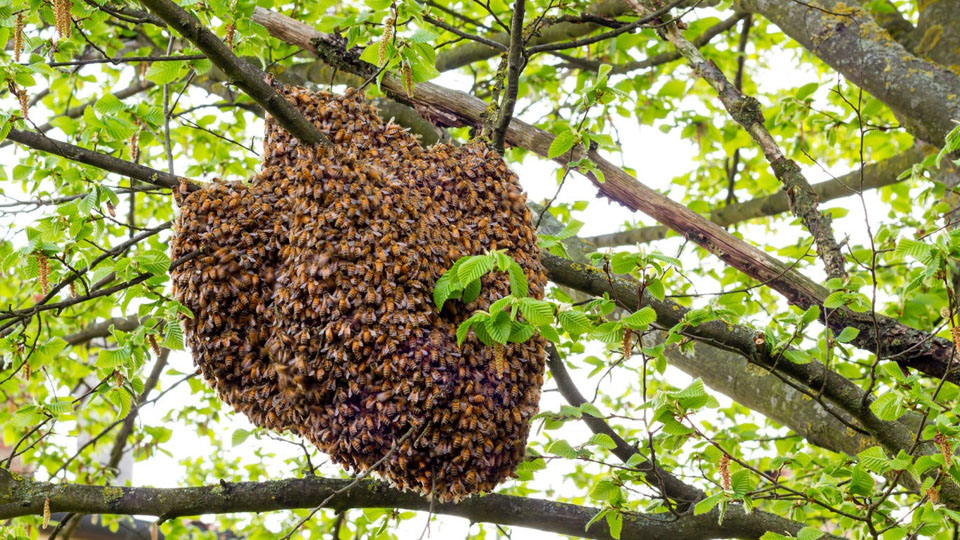 Choice is Yours, Honeybee or a Fly…

An interesting discourse: A wonderful analogy about the honeybee and the fly. How it teaches us a valuable lesson to improve our relationships and quality of life. A honeybee flies from flower to flower, extracting only the nectar without disturbing the flower. The mindset of a honeybee is to seek the essence of each flower, even in a place filled with garbage.

Rather than giving its attention to all the filth, the honeybee keeps its focus on finding the nectar. It eagerly flies to even  a single flower amidst miles and miles of garbage.

In our relationships, we have much to learn from the honeybee. It is teaching us the art of focusing on the positives and dealing appropriately with the faults in each other. There will be faults everywhere and in everyone. There is never a shortage of things to complain about but just as the honeybee seeks nectar even in the most unexpected of places, we can aim to seek the positive qualities in those around us.

The fly represents another type of mindset in a relationship. Although each species can be appreciated for its particular instinctive nature, still we can study them to learn relevant lessons to improve the quality of our lives. On an otherwise healthy body the fly will focus on sucking an infectious scab. The fly will travel over hundreds of flowers but what does it focus on? It focuses on tasting garbage and excrement. It ignores the sweet fragrance of the rose gardens and even in the best of circumstances, and in the tidiest places, the fly will focus on garbage and trash. This represents the mindset of those  ignoring the good qualities in those around us and focusing on their faults.

It is so easy, it requires no effort to see the faults and flaws in others. Fault finding is a habit. The more we give into it, the more we become obsessed by it. In relationships it is important to have honest, well-wishing communication focused on appreciating the positives while dealing with the negatives in a gracious and constructive manner. Trying to bring out the best in each other, in doing so we learn to recognise  the positive qualities within ourselves too !

A fly mentality or a honeybee, the choice is yours.

I have been part of a PSU for nearly 40 years. Most of the times barring a few individuals, the mindset of a Government servant is that of a fly.  Take any proposal to your boss and be prepared to hear the word “not possible.” The so-called IAS Officers, who consider themselves to be superior human beings,  are also no better. It is a well- known fact that except for a few dynamic Ministers most of them depend upon their respective Secretaries for their work and briefing. For not doing any work, they will quote hundreds of rules and regulations, beyond anyone’s understanding. Their attitude  is “chal raha hai, chalne do” any change is resented.

Can anyone explain, how a Revenue Secretary can sit on a file for seven months after a Cabinet decision on Survey No. 4 and Survey No. 41? Either the CM  has asked him to sit tight or official apathy?

The same goes for our political parties, specially the Congress. Everything Modi announces, the Congress opposes. Be it the gst, Triple Talaq Bill or even the “One Nation-One Election” debate. Imagine the cricket team in the match against England had decided to wear orange clothes for a single match since the host team was wearing the same blue. Congress is seeing an rss conspiracy in this too!

Some time back there was a demonstration in Mysuru where a signature campaign was being initiated to go back to ballot paper system from the present evms. When Congress won in Rajasthan or Madhya Pradesh, the evms were ok but the moment they lost in LS elections in the same State,  the same whining has started. Accept gracefully your defeat and move on.

Is it possible for the bjp to manipulate lakhs of evms throughout the country with thousands of Officers having different equations handling the same?  How many people can one buy? As far as the ‘One Nation-One Election’ theory put up by our PM, what he wants is a healthy debate on the subject. Boycotting even the debate shows the negative mentality the Congress party has got into — the fly mentality jaundiced eyes. Everything looks yellow.

To  conclude, the choice, whether to be a Fly or a Honeybee, is entirely yours. Positive attitude or negative. You decide.