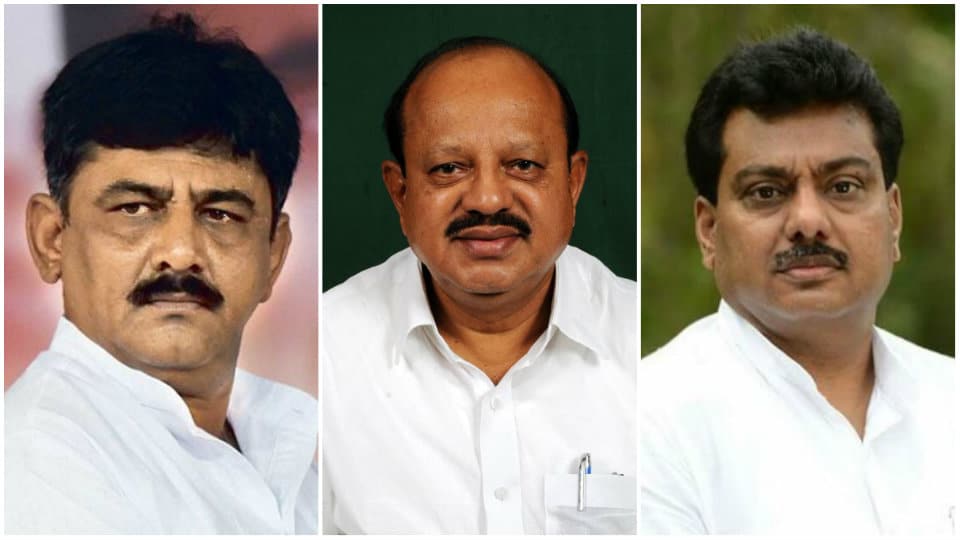 Mysuru: A private chopper that had brought Chief Minister Siddharamaiah to Mysuru had to make an emergency landing at Maddur on its way to Bengaluru last evening.

CM Siddharamaiah had come to Malavalli from Bengaluru yesterday to inaugurate some development programmes. After the ceremonies, he came to Mysuru along with the Ministers to visit Mysuru District In-charge Minister Dr. H.C. Mahadevappa who was admitted to a private hospital following a brief illness.

While Siddharamaiah decided to stay in Mysuru, the Ministers preferred to return to Bengaluru and the chopper took off from the Mandakalli Airport at around 5.30 pm. As the chopper reached Maddur, gusty winds and heavy rain forced the pilot to make an emergency landing at Maddur.

The alert pilot then took the chopper back to Mysuru while the Ministers hit the road from Maddur to reach Bengaluru. After a brief stopover in Mysuru, the CM too returned to Bengaluru late in the evening.

CM urges Centre to  waive loans: Inaugurating a series of development programmes at Malavalli and surrounding areas, CM Siddharamaiah urged the Centre to waive crop loans borrowed by farmers from nationalised banks, in the wake of severe drought prevailing across the State.

“1.25 lakh agricultural ponds have been constructed at a cost of Rs. 800 crore across the State. The government has fulfilled 95% of the165 promises made in the poll manifesto,” Siddharamaiah claimed.

While the BJP government had spent Rs. 21,000 crore for irrigation during its tenure, the Congress government has spent Rs. 82,000 crore. Hence, the BJP has no moral right to speak about people belonging to backward communities and Dalits, he said.