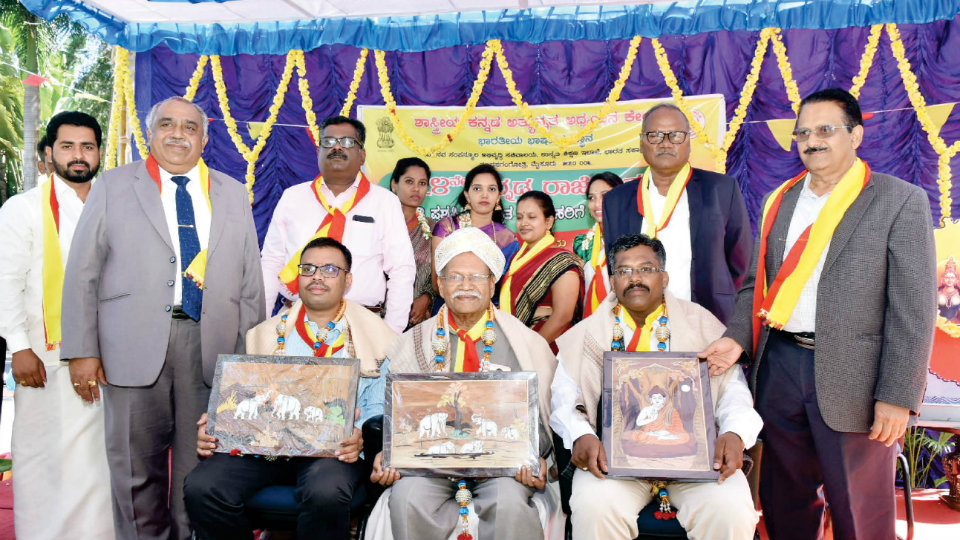 Mysuru: Central Institute of Indian Languages (CIIL) had organised a programme at its premises on Hunsur Road here yesterday as part of Kannada Rajyotsava.

Speaking as the chief guest, UoM Vice-Chancellor Prof. G. Hemantha Kumar hailed the richness of Kannada language. Stating that about 7,000 Kannada books are released every year, he said Kannada should not be loved only by writers but by all in the State. Dr. D.G. Rao, CIIL Director, presided. P.R. Dharmesh Fernandez, Professor-cum-Deputy Director, CIIL, K.R. Durgadas, Programme Director and others were present.