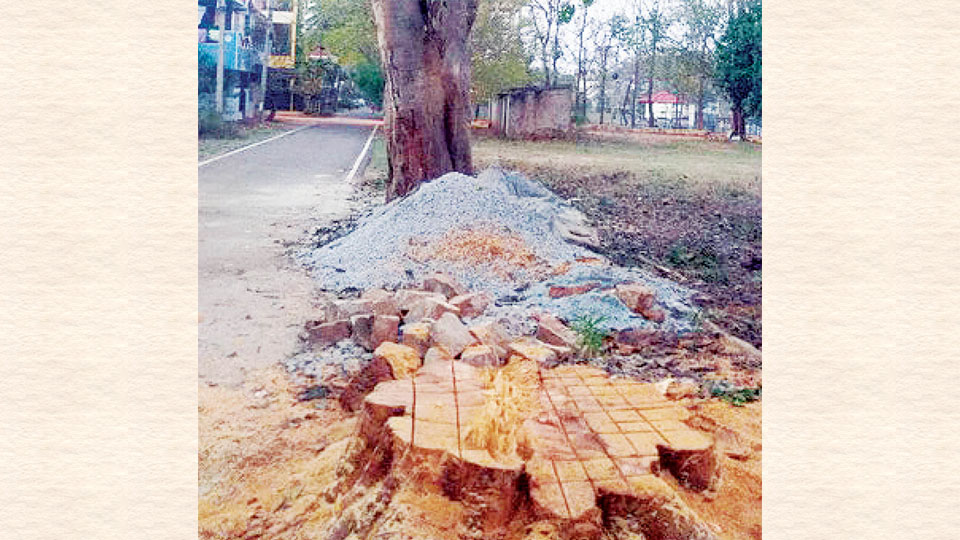 Mysore/Mysuru: A group of environmental activists have organised a protest in the form of mourning to express their anger against the axing of a huge banyan tree, near Ganapati Temple, BEML Layout in Srirampura at 10 am tomorrow.

The huge healthy banyan tree which was 12 ft. in diameter was felled on Feb. 27.

The ‘mourning’ is being held to draw attention of the authorities concerned to take action against those responsible for destruction of a valuable tree, which the activists have claimed as a crime against the city.

They alleged that while greenery-conscious  Mysureans were planting trees to increase green cover in the city, a few were cutting trees without any concern as if there are no regulations. They added that even more shocking was that the authorities seem to be indifferent.

The activists have urged all concerned Mysureans to participate in this solemn event.