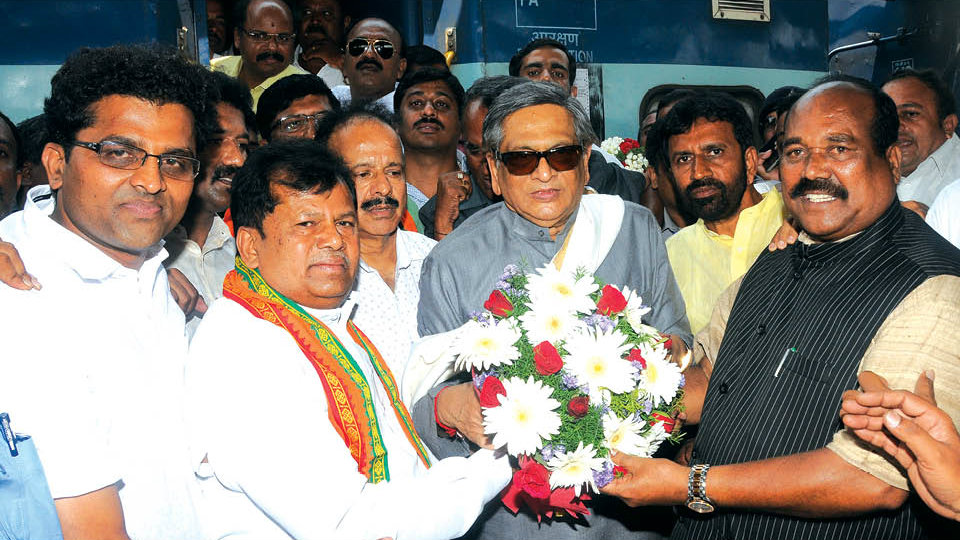 Former External Affairs Minister S.M. Krishna, who arrived in Mysuru for the first time after joining BJP, was given a rousing welcome by City and District BJP leaders at the Railway Station on his arrival from Bengaluru this morning.

Later, Krishna left for Nanjangud by road where he was scheduled to take part in a road show along with State BJP President B.S. Yeddyurappa and   party candidate V. Sreenivasa Prasad.

He was also scheduled to visit Gundlupet to take part in the ‘Parivarthana Samavesha’ organised by BJP in which Union Minister Ananthkumar, B.S. Yeddyurappa and other prominent leaders will take part.

People at the City Railway Station were surprised when former MLC and Congress leader D. Madegowda arrived at the station to greet Krishna. When media persons asked, Madegowda said that he had come to see Krishna not as a Congress leader but as one of his fans.