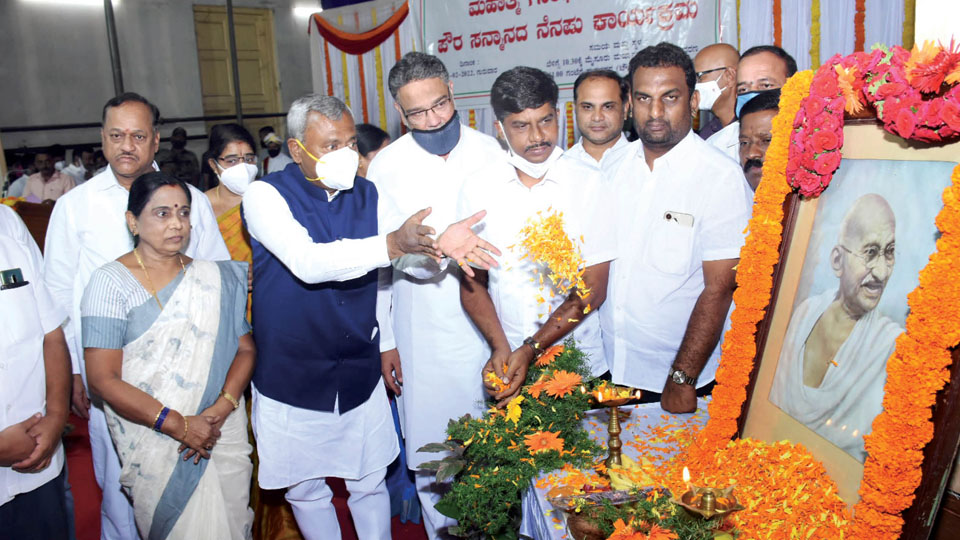 The Mysuru District Administration, Mysuru City Corporation and Seshadripuram Degree College had organised a programme at the Town Hall and also at MCC premises this morning to commemorate the civic honour accorded to Mahatma Gandhi during his visit to Mysuru on Feb. 3 in 1927. Gandhiji is said to have inspected the MCC building which was under construction and the citizens had accorded him a civic honour as Gandhiji was leading the freedom struggle.