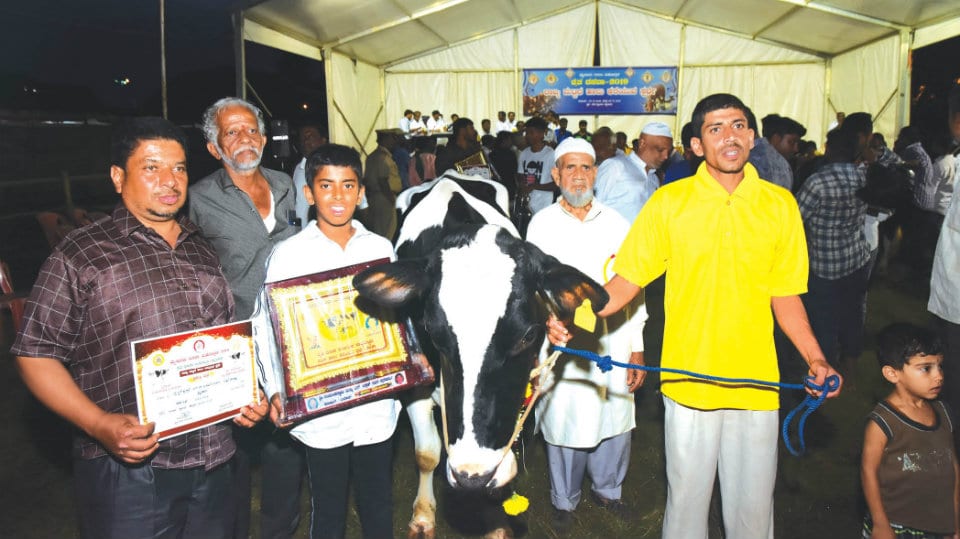 Mysuru:  Anwar Pasha, a cattle owner of Lashkar Mohalla in the city, bagged the first prize in the State- level cow milking contest as a cow belonging to him yielded 35.650kg of milk at JK Grounds here on Thursday.

The cow owned by Anwar Pasha milked 19kgs in the morning session and 16.650kg in the evening session thus bagging the top prize.

The second prize was won by Southadka Ganapathy Diary farm at Kenganahalli, Bengaluru with its cow milking 34.700kg. This cow milked 17.450kg in the morning session and 17.250kg in the evening session.

Santosh of Janivara in Channarayapatna taluk of Hassan District bagged the third place, with his cow yielding 31.450kg (16.900kg in the morning and 14.550kg in the evening).