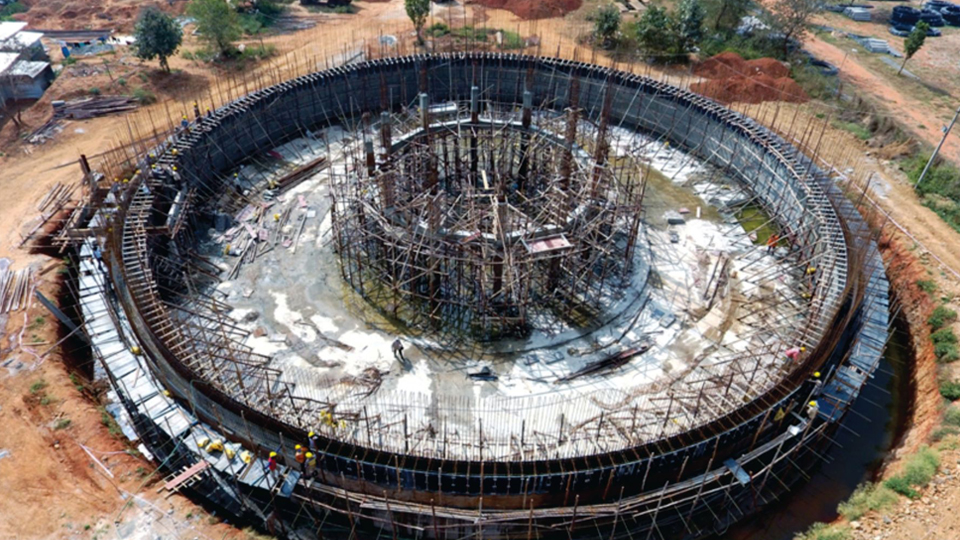 City to get new water tanks

Mysuru: Summer is fast approaching and if things go as per plans and if there is sufficient water at Krishna Raja Sagar (KRS) Dam, the city will not face water crisis. For, the Centre, State Government and the Mysuru City Corporation (MCC) have come together to build two gigantic ground-level water storage tanks in city. These tanks will boost the storage capacity and both tanks can store 13 million litres of water. The good news is that over 40 percent of the works have been completed and the target is to complete them by the time summer arrives.

While one tank is being built near the existing tank at Vijayanagar Second Stage, one more tank is coming up at Yadavagiri, inside the premises of the Office of Executive Engineer, Karnataka Urban Water Supply and Drainage Board (KUWS&DB).

Apart from the two new tanks, the existing water tank at Vijayanagar Second Stage that has a badly damaged roof will be repaired and all leakages will be plugged by laying vitrified tiles. 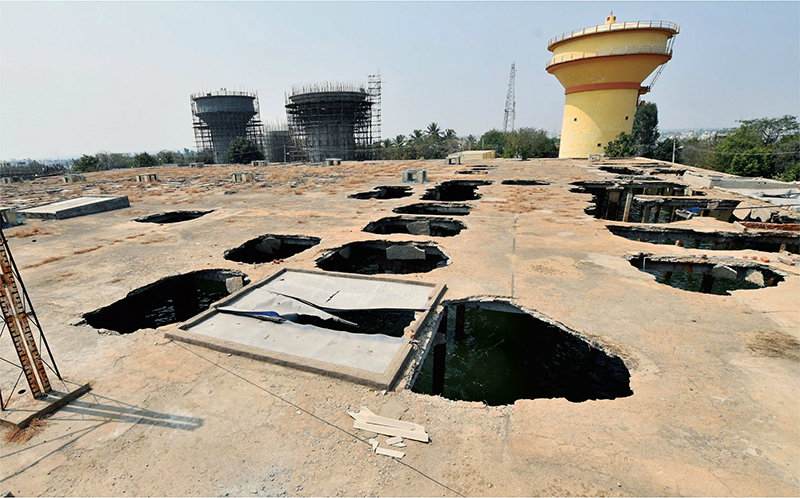 It may be recalled here that in the last week of January, District in-Charge Minister Dr. H.C. Mahadevappa and MLA Vasu, accompanied by a battery of officials, visited Vijayanagar water tank and inspected the works. The Minister had directed the officials to complete the works before summer.

Speaking to Star of Mysore, Executive Engineer of KUWS&DB, Prasanna Murthy said that the two new water tanks, in addition to the bigger and smaller tanks, will increase the storage capacity for the city to tide over crisis situations. “We have a capacity to supply 24×7 water to the city,” he said. 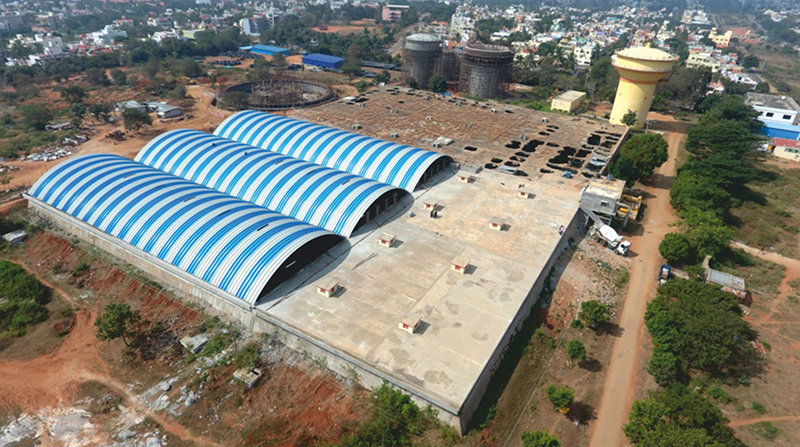 Construction works have been handed over to Hyderabad-based DRS Infratech Ltd. The project is jointly executed by MCC, Directorate of Municipal Administration and KUWS&DB.

The existing water tank at Vijayanagar that has a capacity of four Million Gallons will be repaired where the existing floor conditions will be replaced by new columns. Floor slab reinforcement works are being undertaken along with new columns and shuttering work. A separate concrete gutter wall is being laid and ‘galvalumne sheet’ roofing is being done to cover the structure.