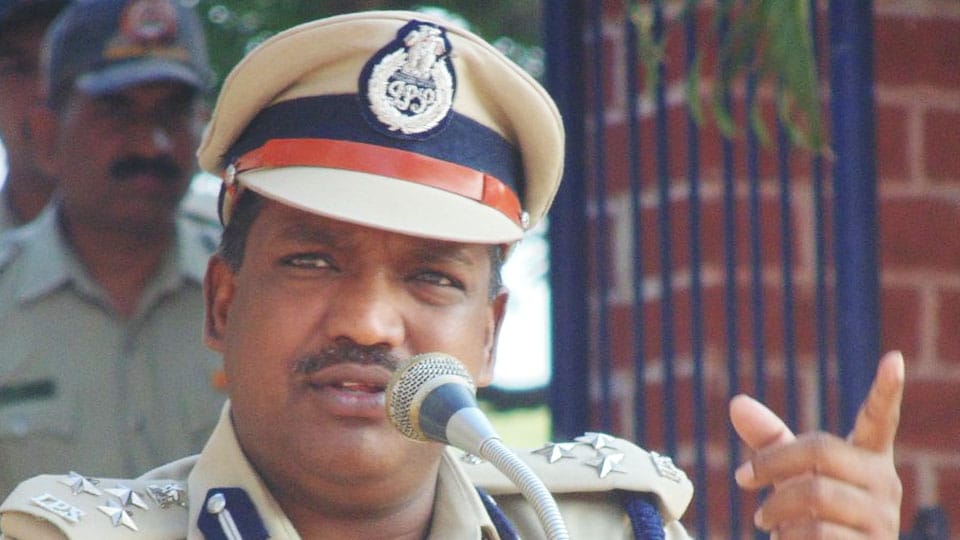 Mysuru:  The City Police with lot of people-friendly measures is coming up with one more idea to launch an official mascot. What better than choosing an Elephant, the gentle giant, to drive home the messages on traffic and law and order.

The elephant is the animal, which the people of Mysuru are familiar with right from the times of the Maharajas, when the caparisoned majestic elephants were part of the Dasara celebrations, a practice that is continued even to this day.

It is one animal that both the children and the elders are familiar and in love with for its friendly nature.

Speaking to Star of Mysore here this morning, Police Commissioner Dr.A. Subrahmanyeswara Rao said that the City Police had come with the idea of an official mascot that will educate the people about traffic rules, law and order and criminal activities.

“This initiative was earlier taken in Bengaluru when Meese Thimmaiah, the much-loved and remembered Traffic Policeman was chosen as the official mascot.

But we have decided on the Elephant as the mascot because of the connect that Mysureans, irrespective of the age have with this gentle giant,” he said.

According to the Dr. Rao, the City Police force will spend Rs.5 lakh on the inflatable mascot, which is being procured as part of the traffic awareness equipment and it will be the second district in the State to have a mascot.

The personnel of the Computer Wing of the Police Department have designed the mascot, which is grey in colour.

The mascot is likely to be launched in the coming weeks and it is going to be a soft launch, he said.