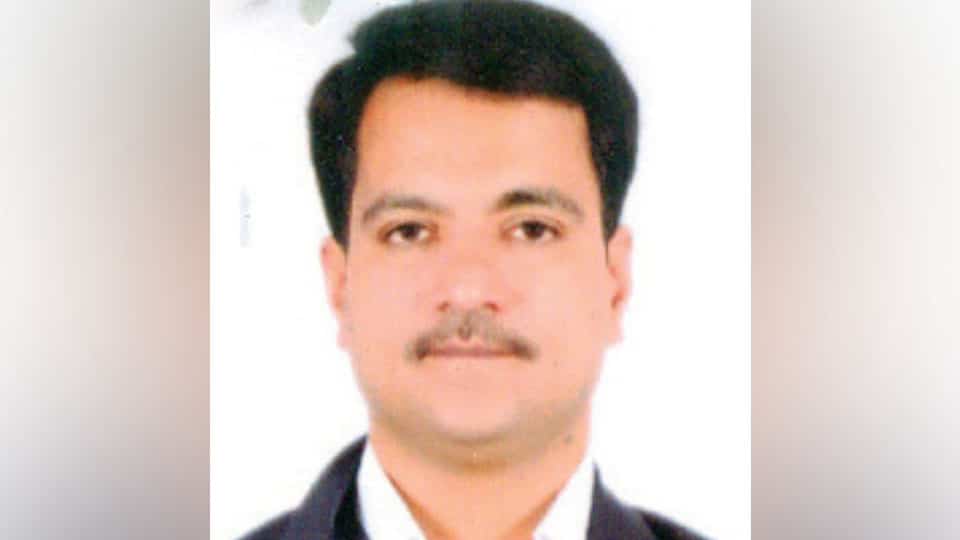 Mysuru – Dr. K. Mantelingu, Assistant Professor, University of Mysore, has been selected for Sir C. V. Raman Young Scientist State Award for the year 2015 given by the Government of Karnataka.

This award, given to scientists who have made outstanding achievements in their fields, carries a cash prize of Rs. 50,000, a memento and a citation. The awards presentation function will be held on Apr. 12 at 5pm at J.N. Tata Auditorium of Indian Institute of Science in Bengaluru.

Profile: Born in Makanahalli of Mysuru District, Dr. Mantelingu did M.Sc. (Chemistry) from University of Mysore and Ph.D (Chemistry) under the guidance of Prof. K. S. Rangappa.

Dr. Mantelingu has made novel contributions to chemical sciences, especially Bio-organic and Medicinal Chemistry along with his mentor Prof. Rangappa. His most important contributions have been towards the synthesis of several new bio-active heterocycles as anti-cancer agents.

In collaboration with Prof. T.K. Kundu at JNCASR, he developed a series of polyisoprenelated benzophenones and ellagic-acid derivatives. The recent studies suggest that these molecules may serve as lead compounds to develop anti-cervical cancer drugs. He also developed novel PARP inhibitors, along with Prof. Sathees C. Ragahvan, IISc, which showed intrinsic PARP activity for the treatment of cancer cells, which could have implications in cancer therapy.

He has been granted three US patents and one European patent. Dr. Mantelingu has guided 7 candidates for Ph.D degree and currently 8 students are working in his laboratory as research students.

READ ALSO  Set up Study Chair in the name of K.H. Ramaiah

In view of his academic excellence, Dr. Mantelingu was awarded the Merck Millipore India Innovation Award (2012) with a cash prize of Rs. 7.5 lakh.