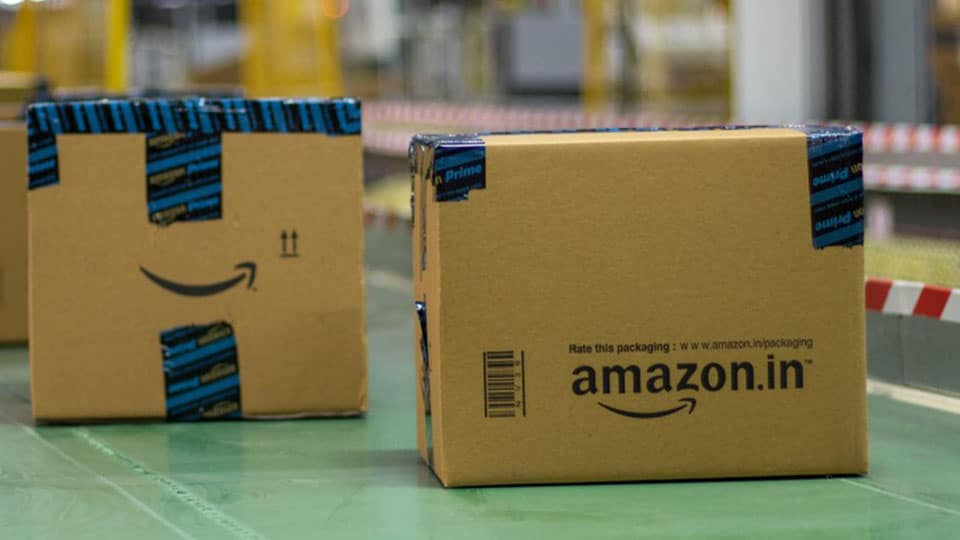 Mysuru:  V.V. Puram Police have arrested a woman who had cheated e-commerce giant Amazon India to the tune of Rs.1.17 lakh by making numerous online purchases and returning substandard or cheap copies. The arrested woman is Ashwini alias Manorama of Jayalakshmipuram. She used to order expensive items from Amazon  and claim refunds for the delivered products after returning their inexpensive duplicates.

On Dec.9, she placed an order under the name Manorama with Amazon for a pair of jeans pant and the seller promptly delivered it to her on Dec.18. Immediately, Ashwini returned the pants and claimed that it was defective and does not match her order specifications. She thought that the online system will accept her fraud.

But when the returned pants were examined by Amazon back-end investigation manager S. Rajareddy, he found that the original pair of pants that was delivered to Manorama did not match with the one that has been returned. The quality differed and it was a cheap used pair of pants.

Sensing a cheating pattern, Amazon back-end investigation manager S. Rajareddy found out that more than 48 items including clothes were purchased by the lady in question and she had returned cheap stuff immediately after delivery by claiming that the items were not in order or does not match her preference.

Rajareddy realised that Manorama alias Ashwini had cheated Amazon of Rs.1.17 lakh and reported the fraud to his higher-ups following which Tarun Verma of Amazon lodged a complaint with V.V. Puram Police Station.