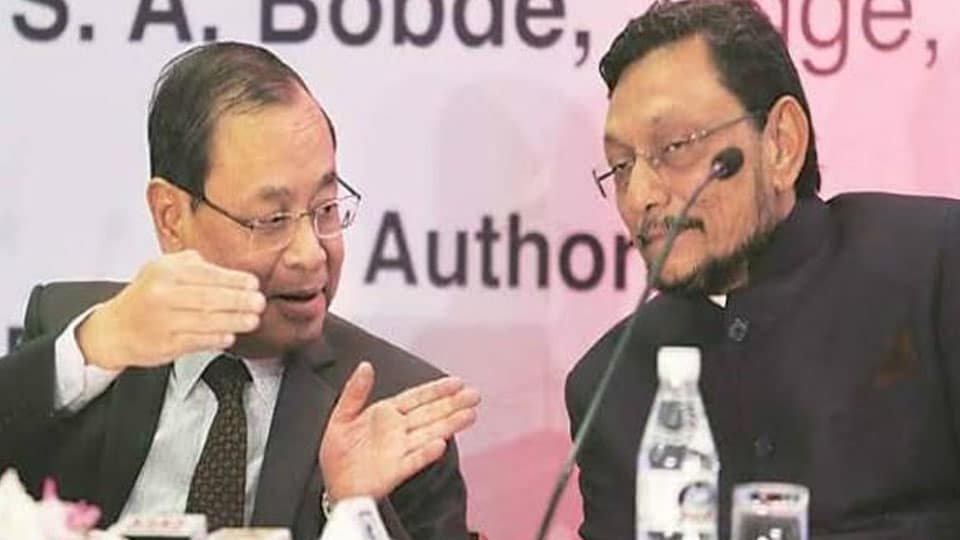 New Delhi: Chief Justice of India (CJI) Ranjan Gogoi has written to the Government recommending Justice Sharad Arvind Bobde, the senior-most Judge of the Supreme Court, as his successor.

Justice Gogoi, in his letter to Ministry of Law and Justice, recommended to the Government that it starts the process for appointing Justice S.A. Bobde as the next Chief Justice. Sworn-in as the 46th Chief Justice of India on October 3, 2018, Justice Gogoi retires on Nov.17.

Justice Bobde is number 2 in seniority after Justice Gogoi and is a former Chief Justice of the Madhya Pradesh High Court. Official sources said the Chief Justice has gone by the convention to recommend the name of the next senior Judge after him as his successor.

Justice Gogoi as the Chief Justice had a tenure of 13 months and 15 days while Justice Bobde, who will be sworn- in as CJI on Nov.18, will have a tenure of about 18 months.

According to the Memorandum of Procedure that governs the appointment of members of the higher judiciary, appointment to the office of the Chief Justice of India should be of the senior-most Judge of the Supreme Court considered fit to hold the office. Under this process, after receiving the CJI’s recommendation, the Law Minister puts it before the Prime Minister who advises the President on the matter.