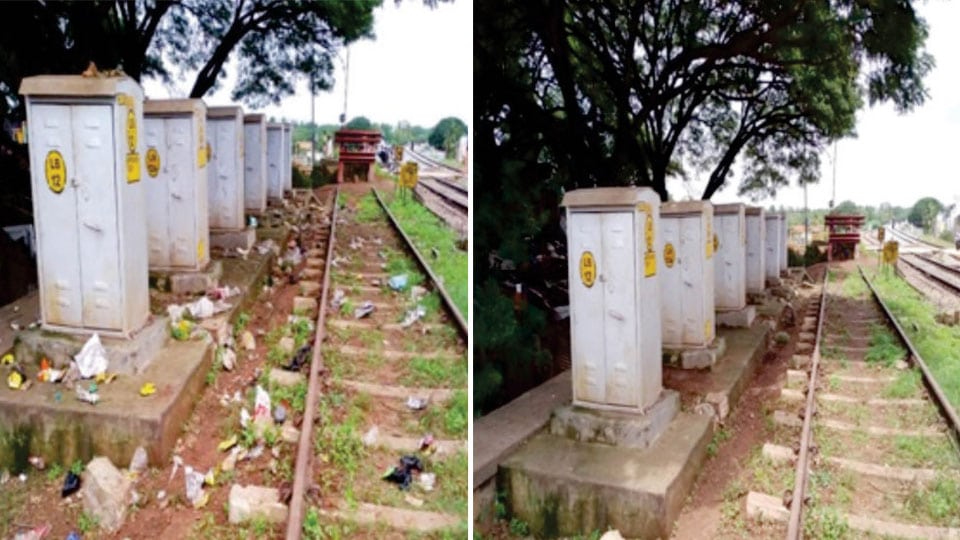 Mysore/Mysuru: As per the directives of Railway Board, a Cleanliness Drive was launched over Indian Railways from Aug. 10  to 16 to clear the debris/garbage accumulated at different corners of Offices, Station buildings, Colonies etc., with the volunteering of Railway staff along with Officers and other staff employed under agencies.

The plastic garbage strewn along the track side was picked up and disposed suitably. The growth of vegetation on platform edges and in yards were removed by cutting, de-weeding and made clean for safe movement of trains.