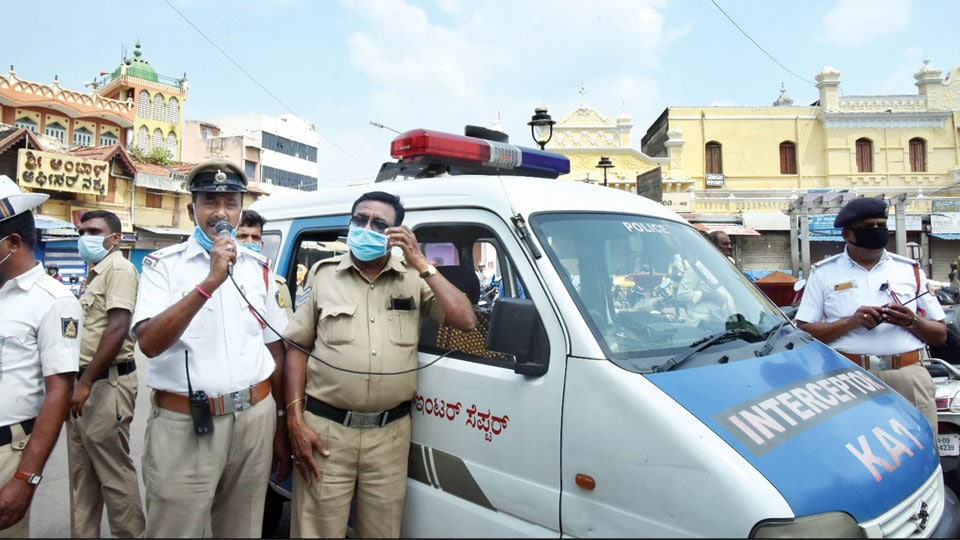 Assistant Commissioner of Police (Traffic) Sandesh Kumar told Star of Mysore that most of the vehicle owners do not respond to notices sent to them on traffic violation cases due to various reasons and don’t pay penalty. So, Traffic Assistant Sub-Inspector (ASI) will be posted at both the RTOs in city and also at vehicle Insurance Companies and Emission Testing Centres, where they will check the vehicles for previous Field Traffic Violation Reports (FTVR). If the vehicle is found having previous traffic cases, the owners are asked to clear the cases by paying pending penalties, failing which, they (owners) will not be issued the required Certificates nor can they renew their vehicle insurance.

The ACP further said, an operation to collect pending fines began on Oct. 3 and till Oct. 10, the ASIs have cleared a total of 941 cases by collecting pending fines of Rs. 1.89 lakh from violators.

ACP Sandesh Kumar said that instructions have been given to used vehicle sellers to check for previous traffic violation cases before purchasing and selling used vehicles.

If the vehicle owner has not paid the penalty, the same should be cleared and the used vehicle sellers should check the receipt before selling the vehicle to prevent new owners from paying fines, ACP Sandesh Kumar said.

The ACP further said that encroachment of footpaths is being taken seriously and an operation in this regard is being taken up in city. He said that if encroachers do not clear the footpath on their own, a case under IPC Section 283 (Danger or obstruction in public way or line of navigation) would be registered against them and added that a total of nine cases have been registered in city so far.