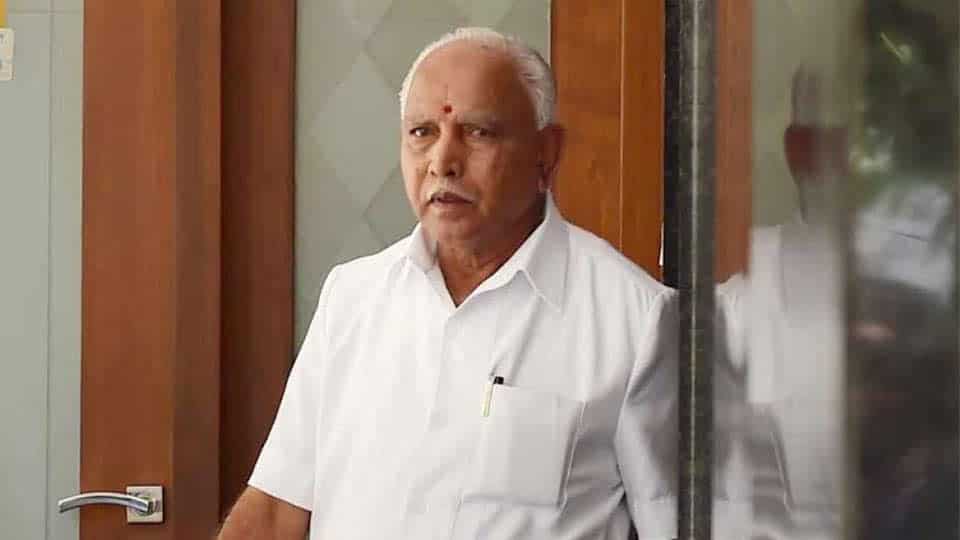 Bengaluru: Even as the portfolio allocation to Ministers has become a complex issue for Chief Minister B.S. Yediyurappa (BSY), the CM is said to have vented out his disappointment over the attitude of the BJP top brass and the Union Govt. BSY, who is caught in a catch-22 situation, with the issue of disqualified Legislators on one side and the issue of Cabinet expansion and portfolio allocation on the other, is said to have come out with his predicaments, amongst his close associates within the party and as well as the media.

With floods ravaging the State, the CM seems to have little time for concentrating on tackling the flood situation, as he is caught in a tricky political situation with disqualified Legislators seeking Cabinet berths with plum portfolios and on the other side, BJP Legislators upping the pressure to find a berth in the Cabinet.

The CM is also said to be upset over non-cooperation from the Centre and the party top brass showing disinterest in the State politics, at a time when the BJP Government is facing native’s fury with floods ravaging most parts of the State. BSY is also said to be disappointed over the Centre’s failure to release relief funds immediately, even as the State is battling to take up rescue and relief operations on a war-footing.

The allocation of portfolios to inducted Ministers too has become a headache for BSY, as no top Minister is willing to accept Home portfolio, which is considered as the second most important position after the CM’s post.