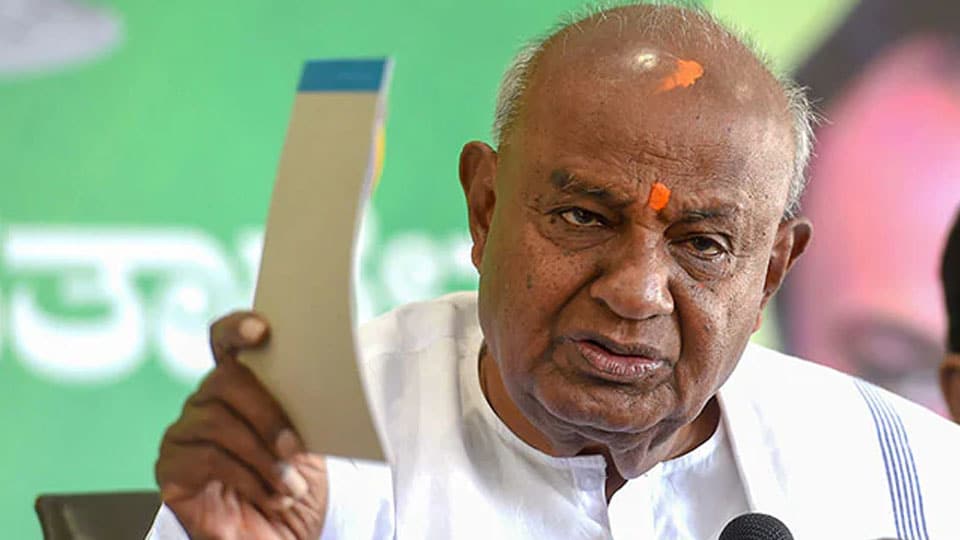 JD(S) Supremo hits back at Siddu

Bengaluru: Hours after Siddharamaiah held a press meet in which he hit out at the former PM H.D. Deve Gowda and his sons, the JD(S) Supremo hit back at the CLP Leader saying that Siddharamaiah and the Congress were to be blamed for H.D. Kumaraswamy’s public weeping.

Addressing a press meet at the JD(S) Headquarters in Bengaluru yesterday, Deve Gowda also blamed the media for H.D. Kumaraswamy’s plight when he (HDK) headed the JD(S)-Congress Coalition Government.

Claiming that H.D. Kumaraswamy became the CM at the behest of Congress High Command, H.D. Deve Gowda maintained that he tolerated the Congress just for the sake of opposition at the national level and also for the sake of unity among secular forces.

Asserting that he had kept silent on the harassment of Congress all these days, the JD(S) Supremo reiterated that the Congress must be held solely responsible for the collapse of the Coalition Government.

Stating that Siddharamaiah was upset with HDK right from the beginning and this was the main reason for the fall of the Coalition Government, Deve Gowda said that he has many issues to speak against the Congress. But he would not talk about them much now, he said.