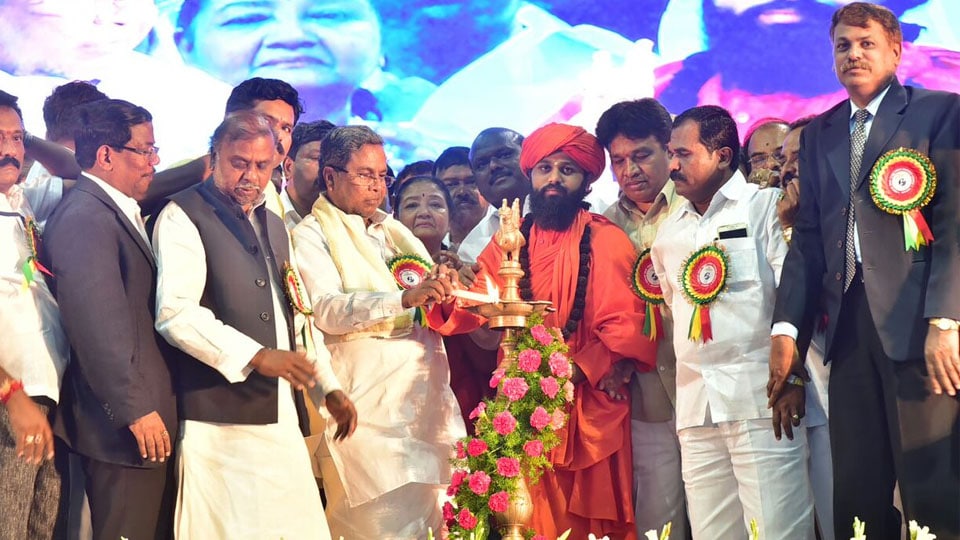 Bengaluru: Chief Minister Siddharamaiah has said Karnataka was the only State where work contracts have been reserved for SC/ST community.

He was speaking after inaugurating Bovi Development Corporation here on Sunday.

Pointing out that the Bovi Development Corporation was a long-pending demand, Siddharamaiah said that he has now fulfilled the promise he had made while addressing a State-level Bovi Convention in 2015.

Stating that the Government has released Rs. 50 crore Grant to the Corporation, the CM assured that this Grant will be hiked in the coming days.

Quoting the 2013 caste census, the CM said that Karnataka has SC population of 17.15 percent and ST population of 6.95 percent, totalling 24.1 percent of the population.

Claiming that his Government had spent four times more than the previous Government for the development of scheduled communities, he called upon the Bovi community members to make best use of Government schemes meant for them.

Noting that education holds key for economic, academic and social growth of the community, Siddharamaiah asserted that his Government had done much for the Bovi community than previous Governments.