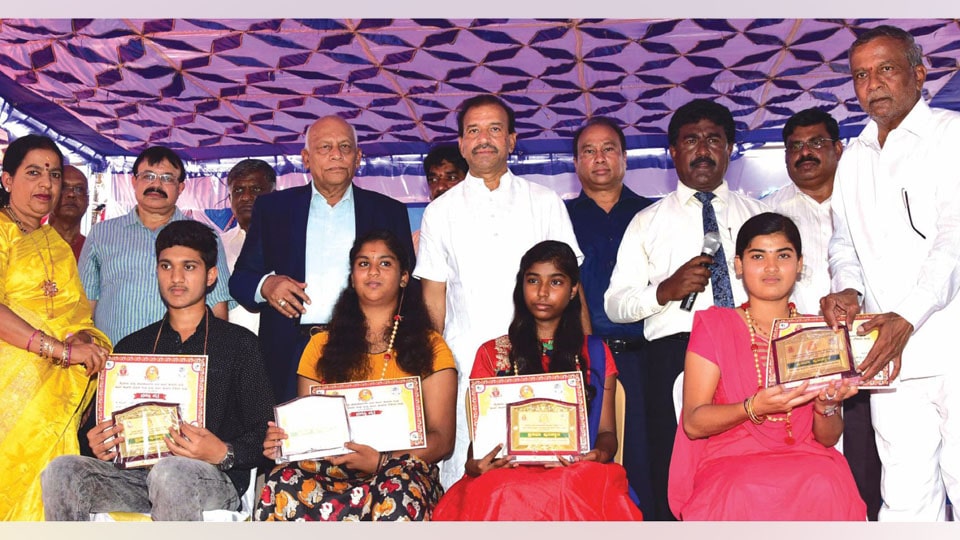 Mysuru: MUDA Chairman D. Dhruvakumar has assured that building license will be granted to the Arya Ediga Student Hostel proposed to be constructed by Mysuru-Chamarajanagar District Arya Edigara Sangha at its site in Vijayanagar 3rd Stage in city.

He was speaking at the Pratibha Puraskar programme organised by the Sangha at its site in Vijayanagar 3rd Stage here on Sunday.

Stating that MUDA has allotted 68 sites to different communities in the past two years, he said that the MUDA has set a target of distributing 200 sites this month, during which the demand of the community for another site and a site for Arya Ediga Mahila Sangha too will be considered.

Arya Ediga Sangha President M. Thimmegowda, in his address, said that the children of community members should focus on education.

In all, 30 meritorious students of the community who scored high marks in SSLC/PUC were presented Pratibha Puraskar.