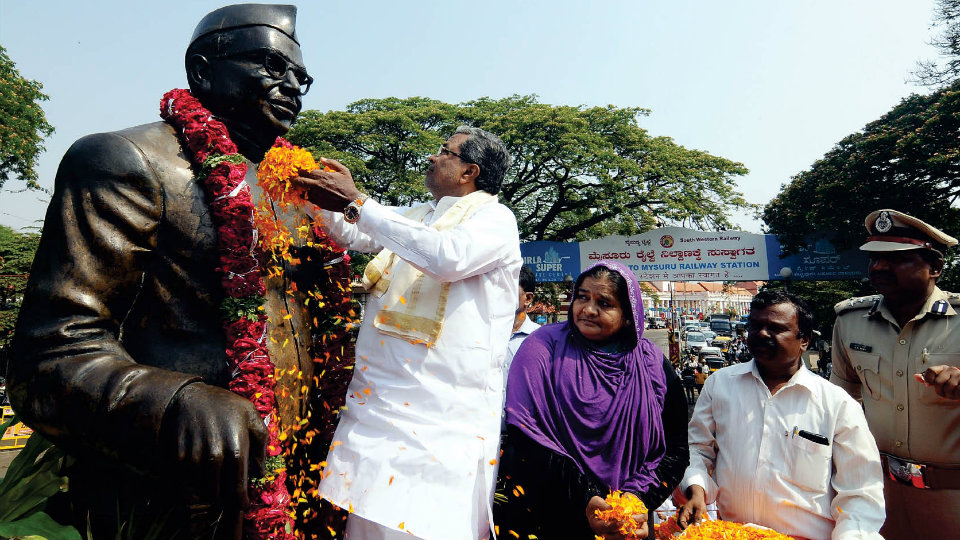 Chief Minister Siddharamaiah, taking a break from the by-poll campaigning, arrived at the Circle and garlanded the statue of Babu Jagjivan Ram.

Speaking to the media, he hailed the services of Jagjivan Ram for the welfare of dalits and added that the great leader had carved a niche for himself in the political sector.

Meanwhile, residents of Gandhinagar, who arrived in a procession to the Circle, too garlanded the statue of Babu Jagjivan Ram.

The dignitaries offered floral tributes to the portrait of Jagjivan Ram.

Speaking as the chief guest, Dr. R. Sharanamma, Director, Babu Jagjivan Ram Study Centre of KSOU, recalled the memorable services rendered by the great leader to uplift the downtrodden. She said that Jagjivan Ram was a versatile Parliamentarian having served in several portfolios.