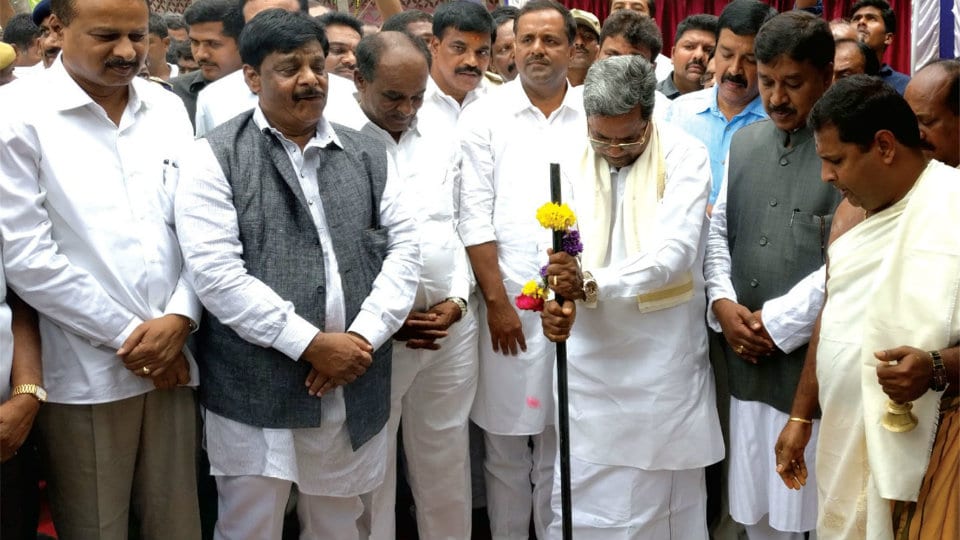 Chamarajanagar: Asserting that he was visiting Chamarajanagar frequently to do away with the jinx tag attached to the town (that the CMs will lose power if they visited the town), Chief Minister Siddharamaiah has said that he was doing so to put an end to further debates in this regard.

Speaking to press persons after landing at the helipad near the town this morning, the CM, who was to inaugurate a slew of works, said the Congress Government had taken up development works on a war-footing.

Maintaining that the Government had not taken any stand on a separate Veerashaiva-Lingayat-religion issue, the Chief Minister dismissed allegations that he had raked up the issue with polls round the corner.

Pointing out that the Veerashaiva Mahasabha had petitioned him seeking separate religion status at his (CM) felicitation function, Siddharamaiah said he had only asked Mate Mahadevi, Shyamanur Shivashankarappa and other leaders of the community to come up with a united stand on the issue. 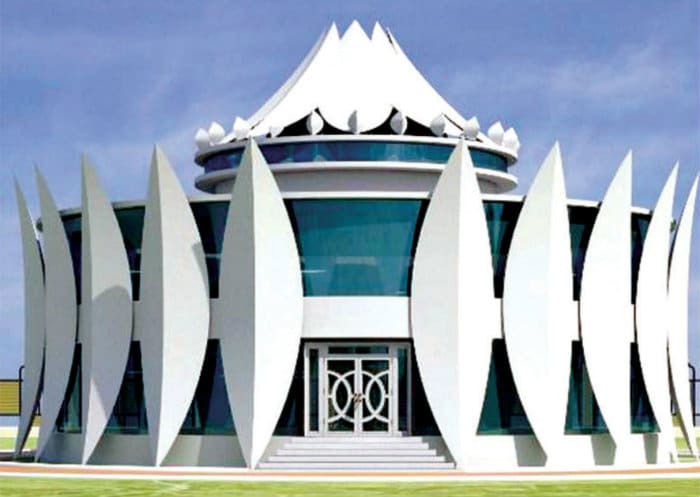 Referring to yesterday’s decision to release water, the CM said water is being released from Kabini dam from today for filling up lakes and other water bodies.

Replying to a question on Cabinet expansion, the CM just said it will be done at an appropriate time.

Claiming that the State had been rendered injustice in Railway projects, the CM said he would not like to comment on BJP leader V. Sreenivasa Prasad’s remarks against Minister D.K. Shivakumar.

Chief Minister Siddharamaiah, addressing the gathering after performing guddali puja to former Minister B. Rachaiah Memorial at Chirashanthidhama, Alur in the taluk, said that Rachaiah played a key role in his (Siddharamaiah) growth as a politician.

He recalled that it was the late Minister who was instrumental in making him a Minister in the Ramakrishna Hegde Cabinet in the eighties.