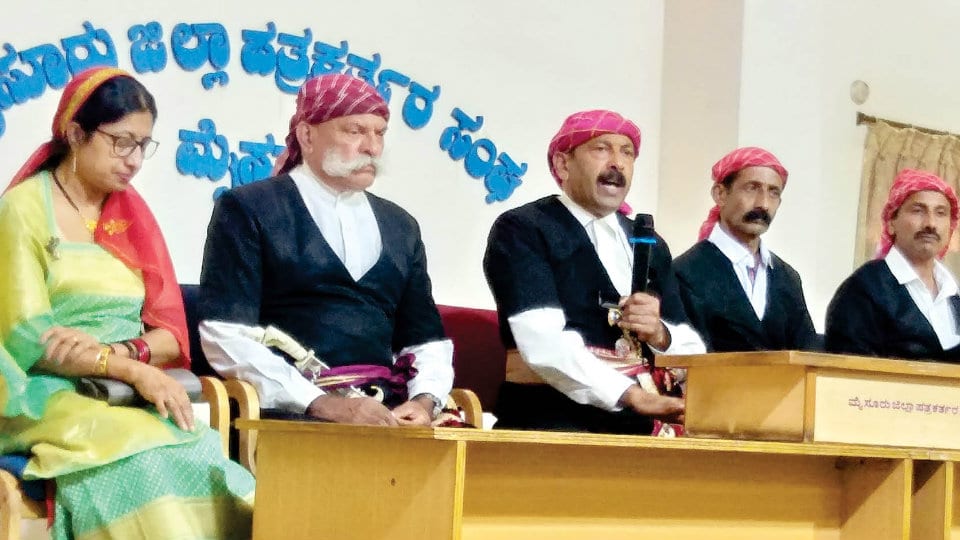 Addressing a press meet at Pathrakarthara Bhavan here this morning, he said that the Union Government, on Jan. 27, succeeded in bringing the curtains down on more than three decades of “militia” activities in one of South Asia’s insurgency-hit region.

“First, the NDA Government in 2019 made its commitment of assigning greater Autonomy to the existing 10 Autonomous regions of North East. Now it has taken first step by entering into a pact with Bodoland people. On Jan. 27, a Tripartite Agreement was signed between the Government of India, the Government of Assam and the National Democratic Front of Bodoland (NDFB) known as ‘The Comprehensive Bodo Settlement Agreement (TCBSA).’ According to this agreement, it gives greater Autonomy and more powers to the body, which will again be renamed as the Bodoland Territorial Region,” Nachappa said.

The five points of the Agreement include:

1. Bodoland Territorial Area District (BTAD) to be renamed as Bodoland Territorial Region. 2. Inclusion of villages having predominant Bodo population into the Council region. 3. Bodo language with Devanagari script to be an associate official language across Assam. 4. Assam Government to set up a Council for welfare of the Bodo-Kachari people living outside BTC. 5. Steps to ensure land rights of the Bodos. As per the accord, Bodos can directly avail monetary aid from World Bank and IMF, he said.

2. Indigenous Non-Schedule vulnerable, diminishing Kodava tribe should be included in the ST list under Articles 340 & 342 of the Constitution.

4. Ancient, rich and living spoken language of the Kodava region and also the mother-tongue of aboriginal Indigenous Kodava tribe ‘Kodava Thak’ should be incorporated in the 8th Schedule of the Constitution.

5. Kodava gun rights should be continued without any time restriction. Kodava tribal folk are exempted under Section 3 and 4 of Indian Arms Act and can possess and carry gun at all times, since weapon is considered by Kodava tribal folk as revered sacrament. Because of their dwindling population and vulnerability there is an existential threat for them and their identity. Hence these minuscule micro minority diminishing ethnic tribe should be protected Constitutionally, the CNC President said.

CNC’s demand and claim for Geo-Political Autonomy is most legitimate, logical, feasible and deserving in all sense among any other demands, he opined.

Considering the veracity of the legitimate demands put forth by Codava National Council before the Constitution Review Commission of India headed by Justice M.N. Venkatachalaiah comprising an 11-member stalwarts who are experts in various fields like Constitutional experts, Jurists, Civil servants, Law-makers, Diplomats, bureaucrats and Eminent Journalists have recommended for the creation of Coorg Autonomous Development Council under Article 371 of our Constitution, he said.

Renowned Economist and Rajya Sabha MP Dr. Subramanian Swamy too has taken cognisance of the subject and he is working towards it, Nachappa added.