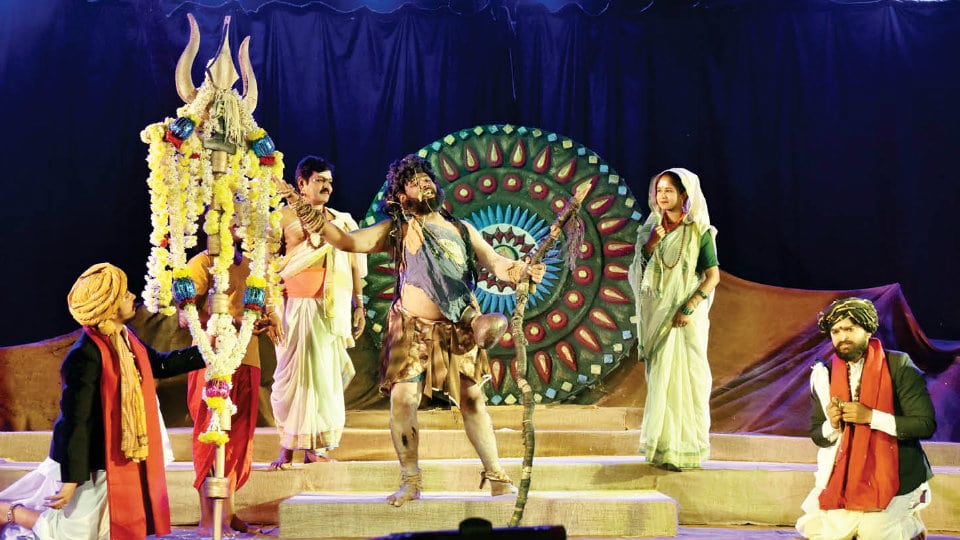 Some audience, even after buying tickets, could not find a seat in the houseful theatre hall but were happy to watch the play standing at the corners.

Scripted by noted playwright Prof. H.S. Shivaprakash, ‘Manteswamy Kathaprasanga’ is a narrative folk story that has been staged by GPIER theatre troupe to full houses on multiple occasions under the direction of Mime Ramesh.

The folk epic narrates the story of Manteswamy, his humanitarian works, miracles and social reforms. The folklore enchanted the audience with its rustic flavour together with austere rendering of the narrative. The story begins with Basavanna and Neelambike couple revering Manteswamy, who is often referred to as ‘Paranjyoti’ the Supreme Light and finally, thousands of men and women become his devotees.

At Bhoomigeeta auditorium, Marathi dance-drama ‘Sangeet Bari’ kept the audience glued to their seats. This narrative dance performance, written by Bhushan Korgaonkar and directed by Savitri Medhatul, was an attempt to chronicle the evolution of lavani.  Kaali Billi Productions, Pune staged this captivating performance.