Home » News » ‘Co-operative Banks must be exempted from Income-Tax’ 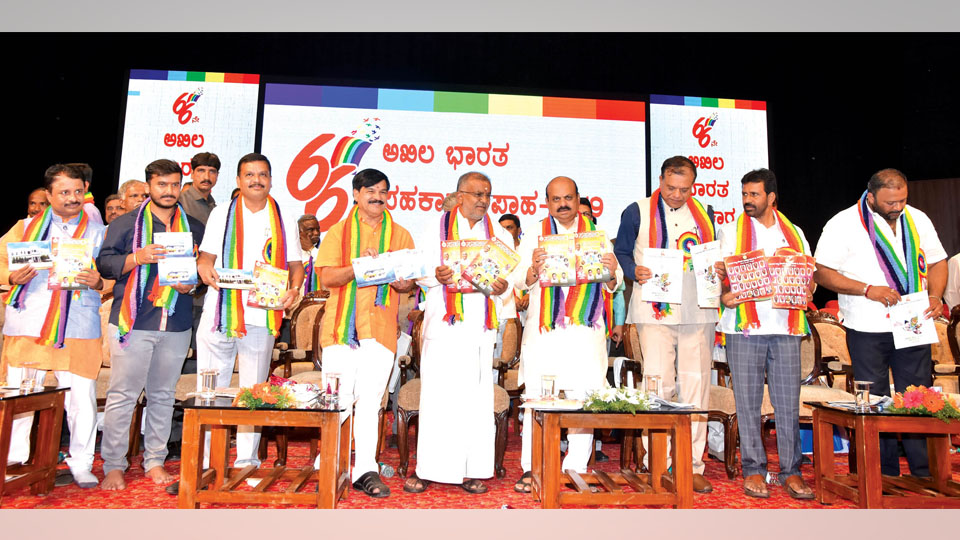 ‘Co-operative Banks must be exempted from Income-Tax’

He observed that National Bank for Agriculture and Rural Development (NABARD) should extend it’s activities and invest more in rural areas to help the District Co-operative Banks.

Asserting that farmers have a big role in the Co-operative sector, the Minister said that he would write to NABARD seeking more funds for Co-operative Banks.

Noting that the working class is one of the main drivers of the economy of a country, Bommai said that the co-operative sector should gear up to meet the modern day challenges.

Chamundeshwari MLA and former Minister G.T. Devegowda, who is also a Director of Karnataka Co-operative Federation (KCF), in his presidential address, said that the Co-operative sector has successfully staved off the challenges of liberalisation and globalisation. He further said that Prime Minister Narendra Modi backtracked from signing the Regional Comprehensive Economic Partnership (RCEP) agreement after realising that the Co-operative, Dairy and Farming sectors would be badly hurt.