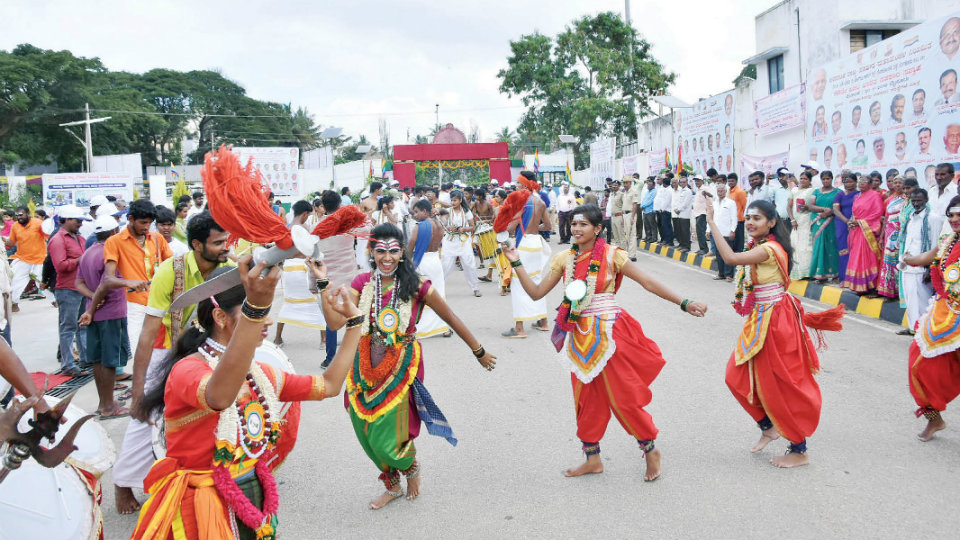 Mysuru: Marking the valedictory of the 66th All India Co-operative Week, a ‘Co-operative Jatha’ was taken out by about 1,000 Co-operatives this morning from Jaladarshini Guest House to Karnataka State Open University (KSOU) Convocation Hall on Hunsur road here where a stage programme was held later.