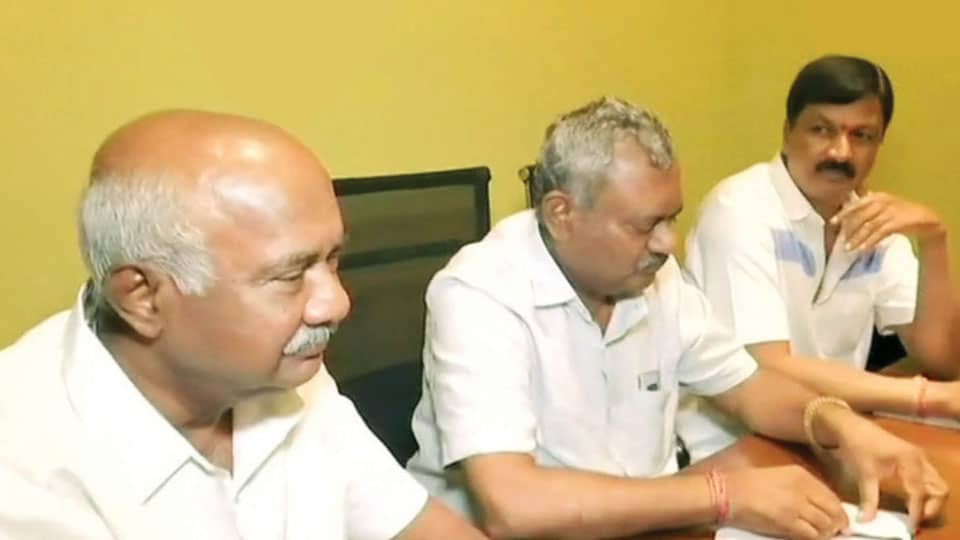 Coalition Government hangs by a thread

Bengaluru: Amidst the ongoing Karnataka crisis with the Janata Dal (Secular)-Congress coalition government is fighting to survive, Legislative Assembly Speaker K.R. Ramesh Kumar will take the crucial decision on the resignations of 15 MLAs including two independents. Sources and reports flowing in from the State Capital say that the Speaker might not accept the resignations without speaking in person to the MLAs.

The Speaker’s decision will play a key role in how the fiasco over the government pans out. Sources said that Ramesh Kumar has promised to initiate the process today by calling all MLAs, speaking to them, and then taking a decision.

The coalition government is at the verge of losing its majority if the Speaker accepts the resignations of 15 MLAs. In an attempt to save the wobbly government, all the Ministers from both the parties had quit yesterday to give a free hand to Chief Minister H.D. Kumaraswamy to placate rebel MLAs while two Independent legislators also withdrew their support. Between the efforts of the CM and Congress leaders to save the government, former Minister and Shivajinagar Congress MLA R. Roshan Baig resigned this morning. Baig, who has been suspended by the Congress for anti-party activities, submitted the resignation letter to the Speaker.

With this latest development, the 224 assembly seat count has now come down to 209. Congress-JD(S) strength now is 102, while BJP has 105 and support of two Independent MLAs. The number of MLAs who have resigned so far is 15.

A Congress Legislature Party (CLP) meeting was held at the Conference Hall on third floor of the Vidhana Soudha this morning and only 57 MLAs out of 79 (all Congress MLAs) attended. The meeting was held under the leadership of former CM and CLP leader Siddharamaiah. Congress leaders K.C. Venugopal and Dinesh Gundu Rao were also present in the meeting.

Speaking to reporters, Siddharamaiah said, “We are requesting the Speaker to take legal action under the Anti Defection Law. We are requesting him in our letter to not only disqualify them but also bar them from contesting election for 6 years. They have colluded with BJP. I request them to come back and withdraw their resignations.”

Siddharamaiah has warned rebel MLAs of legal action under the Anti Defection Law. Article 164 (1B) of the Constitution allows disqualification of legislators on grounds of defection, the former CM claimed. After attending the CLP, daughter of rebel MLA R. Ramalinga Reddy, Soumya Reddy said her father was very upset. “He is hurt and everyone knows the reason because of which my father tendered his resignation,” she told reporters.

There was no immediate word from the rebel camp on the move to reshuffle the Cabinet in a bid to save the government, as the action shifted to Goa from Mumbai. All the legislators were headed to Goa last night by road. Sources said that increased scrutiny on the Mumbai Sofitel Hotel where they were earlier staying has prompted them to move to Goa, a safe haven.

READ ALSO  Yogi Adityanath sworn in as UP CM

Today’s report said that the rebels are in a place about 90 km from Pune and will wait for the Speaker’s decision on their resignations before taking a call on proceeding to Goa or returning to Bengaluru, sources said.

BJP strategists termed the move to petition Speaker on disqualification as a “psychological pressure tactic” on the rebel MLAs. The party has instead decided to deploy pressure tactic on the Speaker, as it is considering moving a no-confidence motion against the Speaker in the Assembly on July 12, when the House convenes for the monsoon session, if the Speaker delays taking a decision on the resignations.