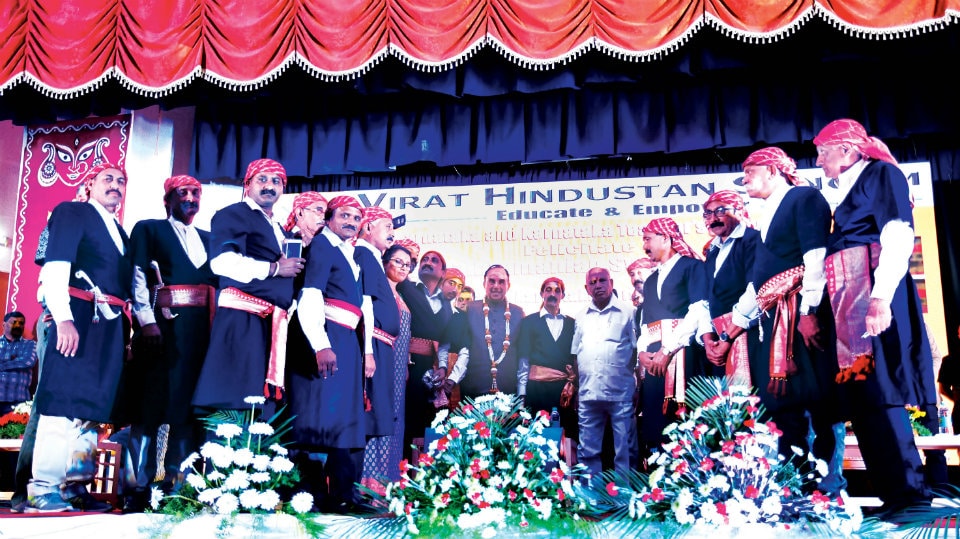 Madikeri: The Kodavas’ long-standing demand for an Autonomous Development Council for Kodagu has got a boost with Rajya Sabha Member Dr. Subramanian Swamy backing the move and time and again reiterating that he will not back out from the issue.

At a felicitation event organised by Codava National Council (CNC), Virat Hindustan Sangham and a group of teachers at the Shikshakara Sadhana in Bengaluru recently, the former Union Minister said that he would take up this matter with the Centre and see this idea of Autonomous Development Council is implemented at the earliest.  “The support that I had extended for Telangana will be extended to the Kodavas too. Owing to long struggle, Telangana was separated from Andhra Pradesh. Similar struggle was held in Uttarakhand. Kodagu will get autonomous status in future,” he predicted.

“Kodavas are not demanding a separate country like Pakistan. They are demanding Constitutional rights. The demand for separate State or a Union Territory is not wrong,” he said.

CNC President N.U. Nachappa said that Dr. Swamy had promised to take up the issue of setting up the Kodava Autonomous Development Council when the CNC held a protest in New Delhi on Nov.26, 2017. “We are grateful to Dr. Subramanian Swamy for taking forward the issue in political circles in New Delhi. He has promised us that he will not back out from the issue,” Nachappa added.