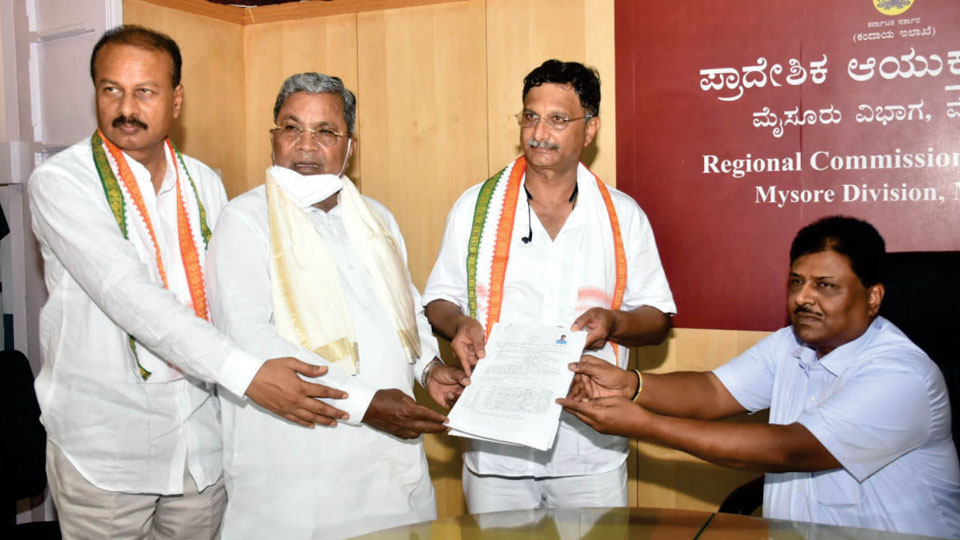 Earlier, Madhu Madegowda accompanied by party leaders  and thousands of party workers, went on a march from Congress Bhavan to the Regional Commi-ssioner Office where he  submitted his nomination papers to Regional Commissioner Dr. G.C. Prakash, who is the Electoral Officer.

Later speaking to press-persons, Siddharamaiah said that the failure of the present State BJP Government and the prevailing rampant corruption will ensure the victory of Madhu Madegowda. “Graduates are politically matured and they know that only Congress can protect democracy and the Constitution and both BJP and JD(S) are not capable of protecting them. The rising unemployment and inflation will also help us. Hence, we are confident of our victory,” he said adding that the Congress will surely win the polls.