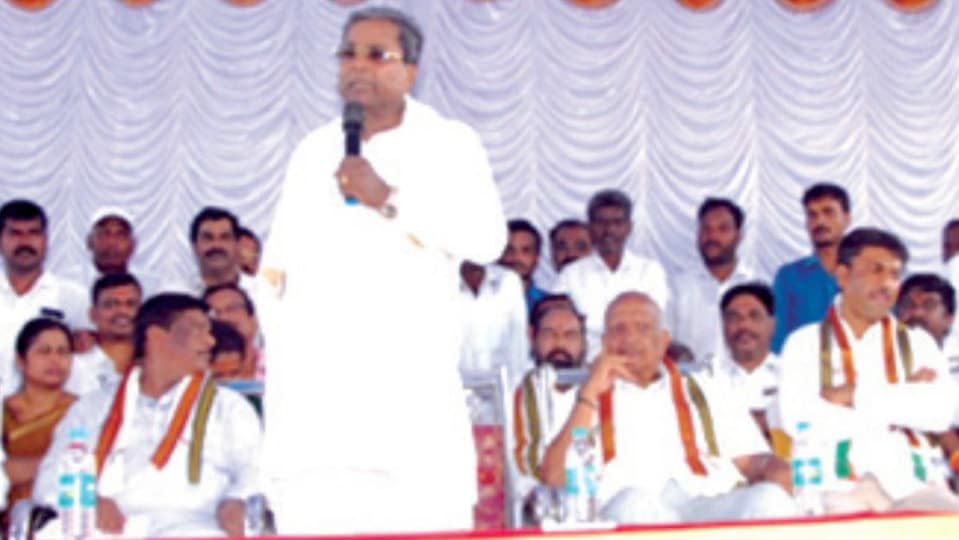 Mysuru:  Asserting that the Congress has given seven tickets to Bhovi Community candidates in keeping with its push for social justice, Chief Minster Siddharamaiah has appealed the people to vote for the Congress.

Recalling that Lingambudhi Palya had been supporting him since he first contested in 1983, the CM highlighted the Congress Government’s measures for the upliftment of the poor and other weaker sections of the society.

He said it was the Congress Government which set up the Bhovi Development Corporation.

Bhovi Development Corporation Chairman Seetharam said that it was Siddharamaiah who took the  initiative for celebrating Siddharameshwara Jayanti.

Explaining the measures taken by the Corporation for the welfare of the community, he maintained that the community would stand by Congress party.