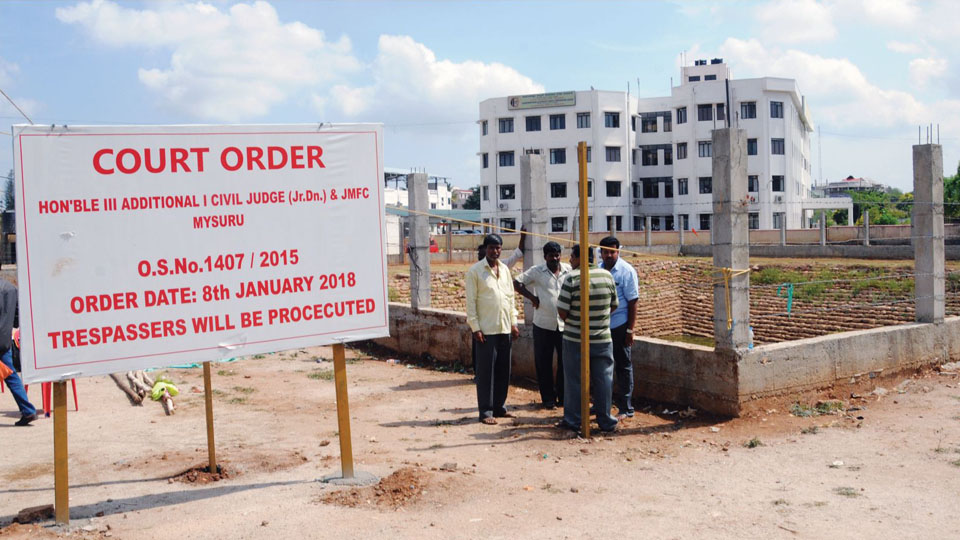 Mysuru:  A city Court has directed private Educational Institutions to stop all construction activities in the land adjoining Nanneshwara Swamy Temple at Hinkal, until further orders. Advocate H.P. Mahadeva Swamy had moved the city’s Third Additional Civil Court (Junior Grade) seeking a stay to the construction of a wall by Private Educational Institutions at the site and also to withdraw the Police security provided for construction activities.

The advocate in his petition had cited that it was an emotional issue for thousands of residents of Hinkal as the Temple existed for centuries. The Court, which heard Mahadeva Swamy’s plea, stayed all construction activities by Educational Institutions at the site and told to maintain status quo until further orders.

The Court posted the next hearing in the case to Mar.19.

Following the Court order directing to stop construction of the compound wall and to maintain status quo, the residents of Hinkal who had launched an indefinite stir three days ago, withdrew their stir. Soon as the Civil Court issued the order, Hinkal residents performed special puja at Nanneshwara Swamy Temple and took out a procession in the streets of the locality.