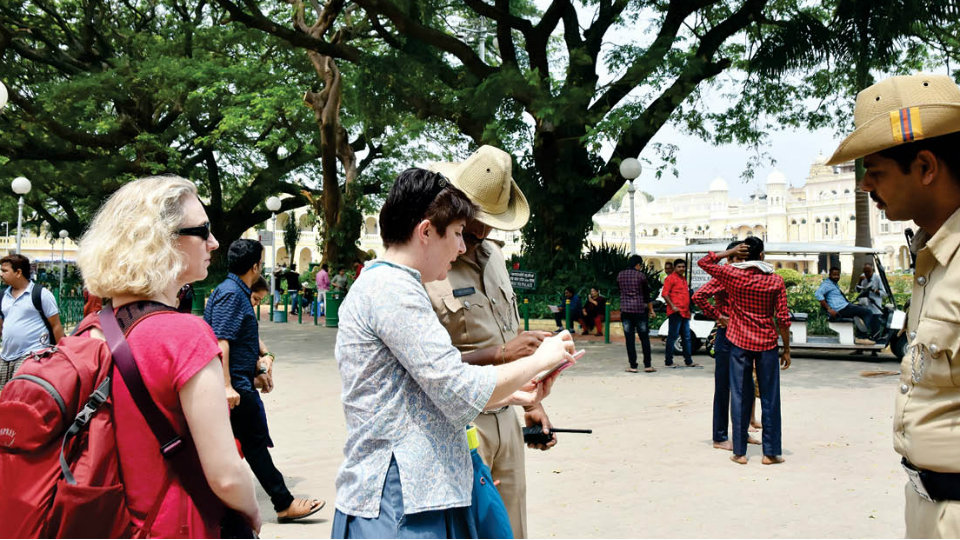 Mysore/Mysuru: The Tourism Department in Mysuru is collecting information and details of foreign tourists who have already visited and plan a visit to Mysuru. This step has been taken in the wake of COVID-19 scare that has affected the tourism industry across the city, especially in Mysuru that gets thousands of tourists from March to May.

Deputy Director for Tourism H.P. Janardhan said that in Mysuru region, the footfall of the foreign tourists have already declined and now, the domestic tourists have also come down and the footfall started declining since a month after positive cases reported in Kerala.

“People are under fear to travel from one place to another. The fear of coronavirus is spreading like a wildfire and many tourists are cancelling their trips. While the foreigners have chosen not to travel to India, the domestic tourists are also cancelling the trips,” he said.

According to him, even Mysureans are avoiding going out of India. A team of 26 people had planned a tour for Singapore but cancelled following Covid-19. Similarly, several tourists have cancelled their trips to Mysuru. Janardhan said that the Department has been collecting all the details of the foreign tourists, who had already visited and plan a visit to Mysuru.

“We are coordinating with the Health Department officials about the foreign visitors. Health officers have been deputed at the vantage places and screening of the suspected tourists will be done,” he added.

A hotelier said, “Business has been affected as no online bookings have been done and a few bookings cancelled. Domestic tourists were cancelling travel as cases of COVID-19 were detected in Kerala.”

Travel agents claim that the loss for domestic tour operators would be much higher, as many outgoing local tourists were also cancelling bookings after the outbreak. “We are not getting queries for tours. The situation may turn worse if more people are affected,” said a taxi operator.