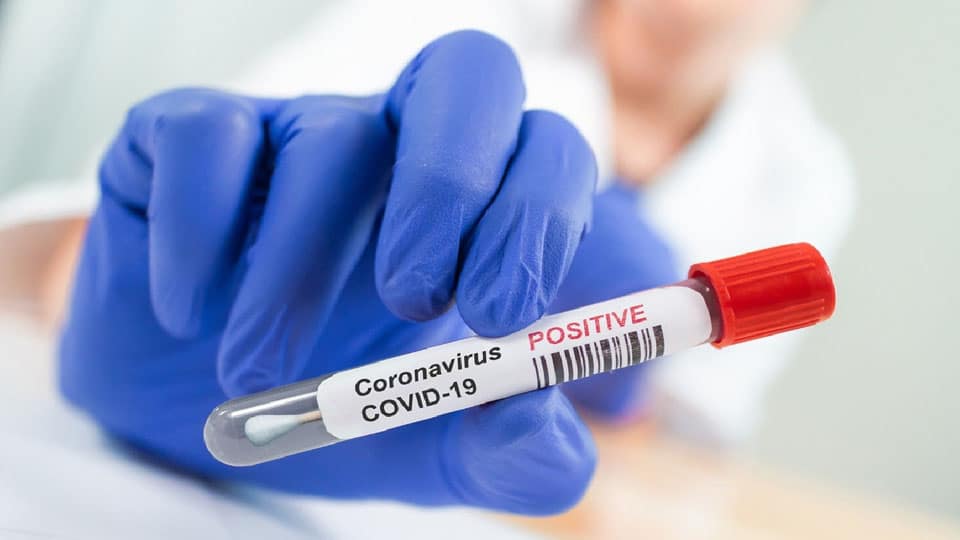 Mysore/Mysuru: Mysuru reported two more positive cases for Coronavirus on the night of Apr.2, taking the total to 21. P 111, a 24-year-old male from Mysuru tested positive. He is the contact of P88 – roommate.

Another person who tested positive is a 22-year-old male from Mysuru who is again the contact of P88 – roommate. Both the patients are being treated at the designated hospital in Mysuru. P88 is a 24-year-old male, resident of Nanjangud, Mysuru. Preliminary investigation indicates that he is working in the same pharmaceutical company as P52. The case is isolated in a designated hospital in Mysuru.

It may be recalled here that the very first COVID-19 case in Mysuru was confirmed on Mar. 21. He is a man in mid-30s, a resident of the city, who had travelled from Dubai to Bengaluru via Goa. He went to K.R. Hospital and got himself admitted on March 20.

The second case was confirmed on Mar. 23. He is a man in his mid-40s from Kerala, who had travelled from Dubai. He arrived in Bengaluru from Dubai on Mar. 22 and took a taxi to Mysuru. He too admitted himself for treatment at K.R. Hospital.

The third case was confirmed on March 26, a 35-year-old man, a resident of Mysuru city, who had no travel history. He is an employee of Nanjangud-based Jubilant Generics. After this case was detected, the number gradually and steadily increased with all of the affected in the following days are from Jubilant Generics.

Speaking at a video press conference in Bengaluru, Additional Chief Secretary Jawaid Akhtar said, “We are in the process of identifying how P52 got infected. We have also taken the swab samples from the packaging material which this pharmaceutical company had received from China.”

READ ALSO  Now, citizens can purchase essential goods daily from 6 am to 10 am

Akhtar said the swab samples have been sent to the Institute of virology. “As the pharmaceutical company reportedly receives materials from China and as per a tip-off, we are following this procedure to check the facts. I don’t think we can conclude on these samples but we are trying to get some leads,” he said.