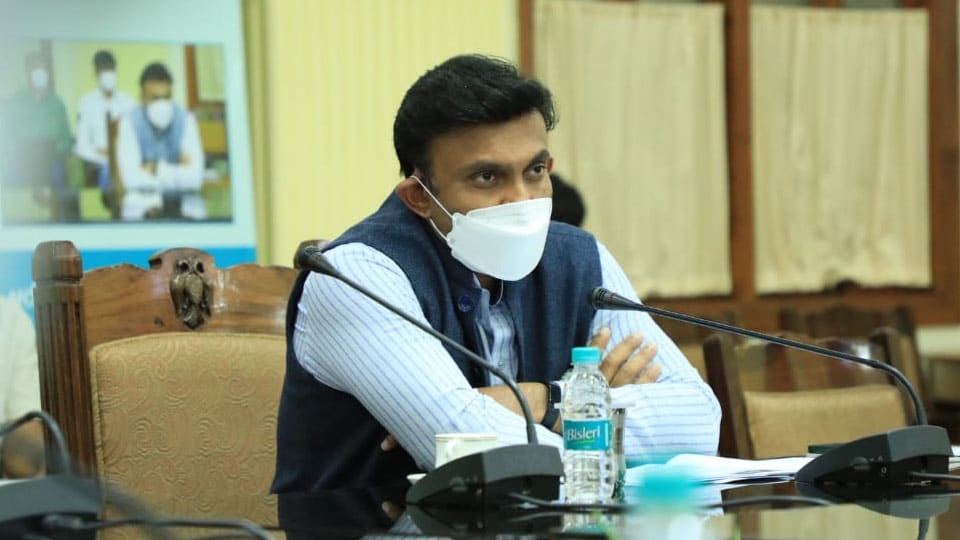 Bengaluru: Health and Medical Education Minister Dr. K. Sudhakar has urged Covid recovered persons and their family members to voluntarily get tested for tuberculosis (TB). He was speaking at Vidhana Soudha after launching special TB test drive which will be held across the State from August 16 to August 31.

The Minister said since 2017, 75 lakh suspected cases have been identified and 88 per cent of them have been tested. About 3.9 per cent have been detected with TB. Due to COVID pandemic, the TB testing had taken a beating. Prime Minister Narendra Modi has unveiled a vision to make India free from TB by 2025 and the State Government is working in this direction.

Dr. Sudhakar said since it is being said that children may be predominantly affected during third wave of the pandemic, the Government has decided to launch a new initiative called ‘Arogya Nandana’. There are about 1.5 crore children in the State and all of them will undergo testing under this initiative. This will be launched by Chief Minister Basavaraja Bommai soon. Under this programme, children with less immunity power and other comorbidities will be identified and they will be provided with nutritious food and supplements to boost immunity. All measures will be taken to monitor their health, he said.

“We have set an ambitious target to fully inoculate the entire eligible adult population in the State by December. I will go to Delhi to seek additional supply of vaccine. Private sector can procure 25 percent of the vaccine production. We are having discussions with corporate companies to explore possibilities of companies procuring vaccines under CSR and providing it to State Government. This will significantly accelerate vaccination drive, he opined.