Home » Feature Articles » Cricket is all that Vanitha dreams… 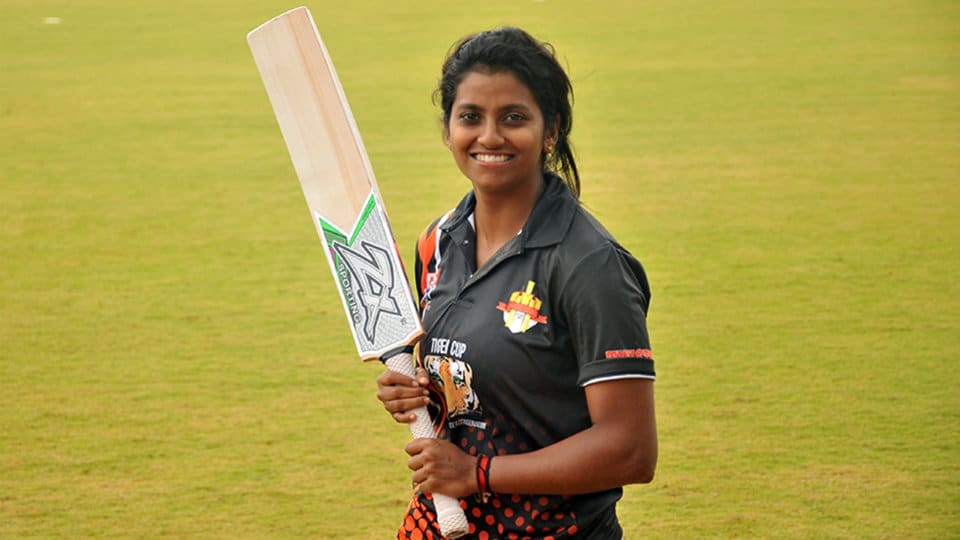 Cricket is all that Vanitha dreams…

Meet Vellaswamy Vanitha, popularly known as V.R. Vanitha, the girl who has successfully made inroads into women’s national team. She is now in Mysuru to promote Women’s Pro Cricket League (WPCL), her brainchild through which she aims to promote women’s cricket in this part of the State. Star of Mysore spoke to this talented cricketer. Excerpts…

Star of Mysore (SOM): Take us through your cricketing journey?

Vanitha: I was 11-years-old when my dad enrolled me to a cricket academy. Initially, I was not keen to take it as a profession but my dad was. After a year of joining that academy I represented the State U-16 team and since then there has been no looking back. And, I have continued to play professional cricket since.

SOM: Are you disappointed not being part of current women’s World Cup team?

Vanitha: Yeah, it is tough to be out of the team. But then, I have been playing T20 format for the country and the team management is looking at me as a T20 specialist. I am working hard. Probably, I should make it to the 50 overs format soon. I look up to Ricky Ponting and Mithali Raj when it comes to cricket aspect. And Roger Federer when it comes to overall sports. He has been my role model.

SOM: How has the women’s cricket evolved according to you in recent times?

Vanitha: From the time I have made my debut we have been doing really well. The team has gained a lot of recognition and I feel it is the right time to play professional cricket with the introduction of contract system and steep hike in the match fees. To play professional cricket one needs to have financial support. When the BCCI is providing such facilities the team will do better.  Right now BCCI has got the MoU in such a manner that whoever sponsors the Indian Men’s team also sponsors the Women’s team. Adding to this, women cricketers are getting better deals with individual companies. With the Women’s Cricket World Cup round the corner it really is helping the players to prepare well.

SOM: What are the chances of Indian women winning the World Cup and which teams according to you will be tough to beat?

Vanitha: The girls have prepared very well. The team has learnt a lot through preparatory and condition camps and also had match practice which is perfect for any international team ahead of a big event like the World Cup. The team has also landed early in England and will take part in the preparatory camp before they begin their campaign.

Board is doing a fabulous job to help the Indian women’s team to prepare for the World Cup. When it comes to tough competitors for India, I think Australia and England are the teams to beat. Otherwise, our girls have beaten almost all the other teams. We have also done well against Australia in Australia and know their strengths and weaknesses.

SOM: What’s your take on the current domestic circuit for women’s cricket in the country?

Vanitha: I really wish that domestic cricket season is prolonged for six months instead of the current 3-4 months so that players get more matches to play in different formats. Currently, the multi-day format is introduced but it is in the zonal level. I wish it could be introduced at the State-level as it will be a great morale booster for women cricketers.  When it comes to the growth of women’s cricket, a lot of young girls have taken up cricket both as their passion and profession. A few girls, who are currently in the Indian team, were considered to be emerging cricketers, but now we are all a part of the team and raring to perform and build a strong team. 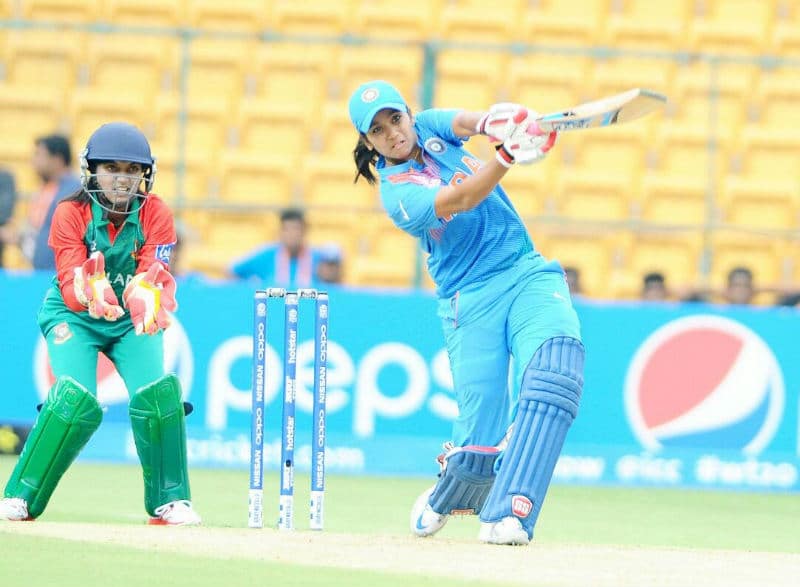 SOM: How tough is it for women cricketers to maintain fitness?

Vanitha: It is very difficult for us to maintain physical fitness. We play less number of matches when compared to men. And, to keep the optimal level required for us to be match fit requires a lot of training. For us, the off-season is more compared to men. We need to train continuously which takes a lot of toll on the body. And, sometimes you get bored to be training all time and not get enough matches to play which is why I have come out with the initiative of Women’s Pro Cricket League (WPCL) to give more match practice for the girls.

SOM: Do you get conscious about looks while playing on the ground?

Vanitha: It does play on our mind to be conscious about our looks. But, at the end of the day when we don the blue jersey and hit the ground nothing else matters. All sporting women thrive to represent their country. Once they get a chance the aim would be to do their best and bring laurels for the country. When you perform well you reap the benefits, through which you can afford to get back your looks and have better life.

SOM: Share with us your thoughts about Mithali Raj and Jhulan Goswami?

Vanitha: It is an honour for me to be playing alongside Mithali Raj, Jhulan Goswami and a bunch of cricketers who are considered to be the legends of women’s cricket. This apart, Harmanpreet Kaur has also emerged as a world class cricketer.  And playing with these cricketers, I have learnt a lot not just in terms of handling myself but also to evolve as a cricketer and perform better each day. Interactions with these players always help in enhancing our performances and grow as a better cricketer.

SOM: There have been talks about IPL kind of league for women. What’s your take?

Vanitha: I think it will be a fantastic initiative to promote women’s cricket in the country. T20 format is one thing which interests everybody across the world.  Big Bash (Australia) has come out on its own, Super League in England and other leagues across the world are slowly coming up. I am confident that BCCI will come up with a similar event in the near future.

Vanitha: Not much. I get up and head to training in both the morning and evening session. Apart from cricket, I take care of my pre-school, which I started last year, and also the organic business. As and when I get time, I make sure to involve myself to create awareness about organic food, which helps people to have a healthy lifestyle.