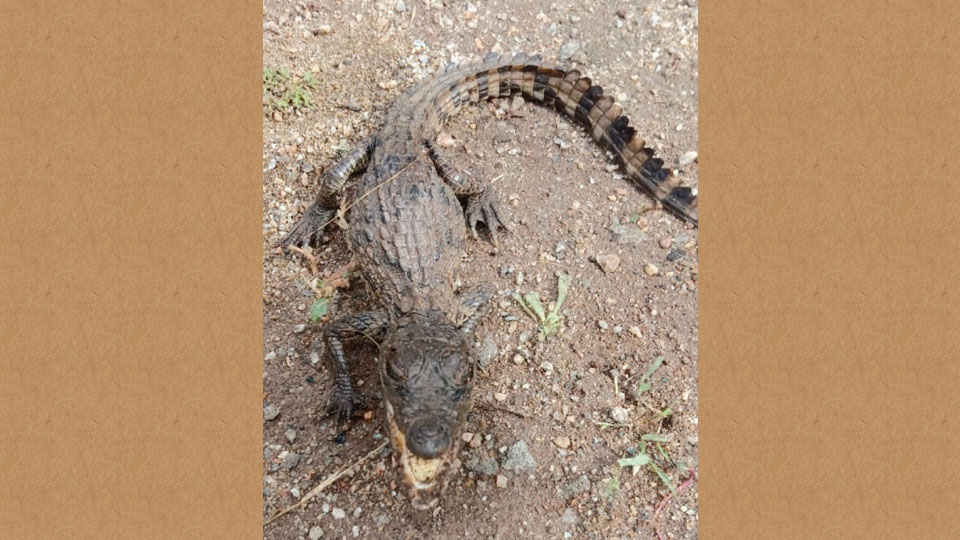 Kushalnagar: Three juvenile crocodiles were sighted on the banks of Cauvery River at Vivekananda Layout here causing some anxious moments.

Tension has prevailed among the villagers who have spotted four juvenile crocs moving on the banks of the river and the villagers have urged the authorities concerned to catch the crocodiles and relocate them to a safe place.