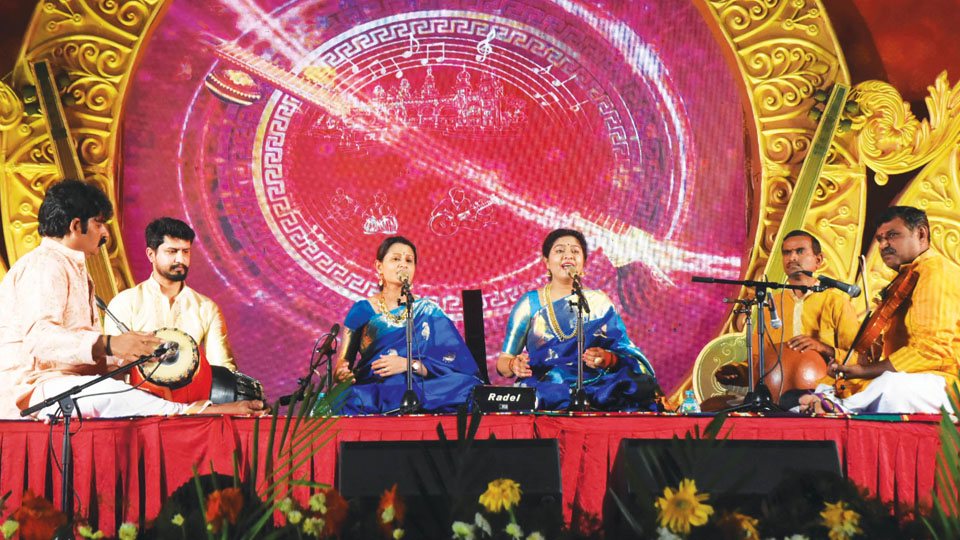 Mysore/Mysuru: The events on the second day of the Dasara cultural programmes held in Palace premises on Tuesday, enthralled the gathering, amid glittering lights and splendour of the royal surroundings.

Mysuru artistes Indu Nagaraj and Lakshmi Nagaraj, who are popularly known as Chilkunda Sisters, presented a devotional music concert, which held the audience in rapt attention. The duo was accompanied by Vidwan Ravishankar, Keshav Dutt, Manjunath and others.

Artistes from Bengaluru’s Layaabhinaya Cultural Foundation performed a dance drama ‘Lalitharnawa’ focusing on the powers of the third eye of Lord Shiva, which drew accolades from the gathering.

District Minister S.T. Somashekar and other dignitaries were among the audience, who  enjoyed the musical treat.