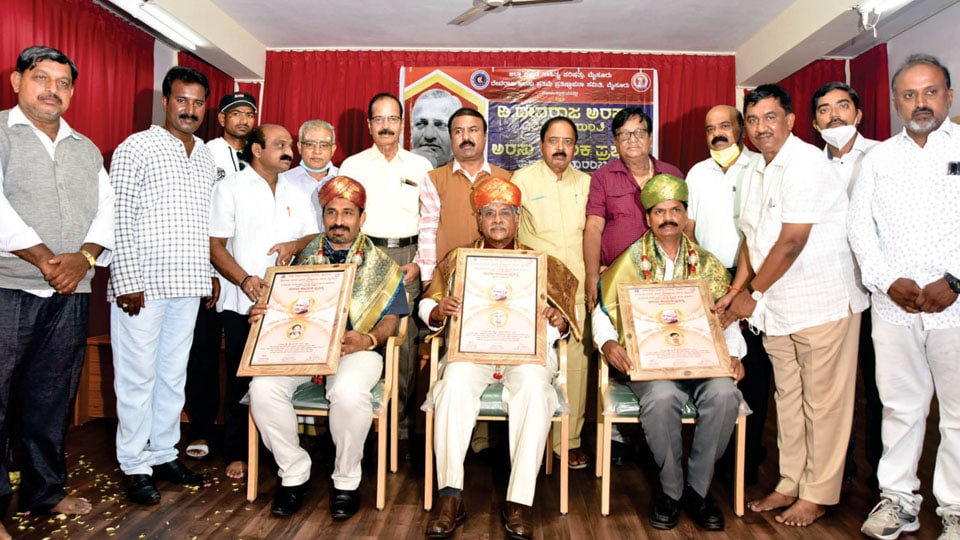 Mysore/Mysuru: Maintaining that former Karnataka Chief Minister late D. Devaraj Urs strived for the development of backward and marginalised sections of society, D. Devaraj Urs Backward Classes Development Corporation Chairman R. Raghu Kautilya said that measures will be taken for the installation of the statue of Devaraj Urs in the premises of the new Deputy Commissioner’s Office at Siddarthanagar in city.

Pointing out that Devaraj Urs, who was the Chief Minister of the State twice, is known as the champion of Backward Classes, Raghu Kautilya said that it is a matter of pride that Urs belonged to Mysuru district. But it is regretful to note that there is no Memorial of the late former Chief Minister in Mysuru, except for a road named after him in the city’s Central Business District.

Asserting that he had sent a proposal to the District Administration for installation of Devaraj Urs statue at the new DC’s Office premises, Raghu said the Department Secretary Rashmi Mahesh has approved installation and works will begin soon.

Recalling that Devaraj Urs, as the Chief Minister had issued Congress party ticket to the then 28-year-old A.H. Vishwanath (now MLC) of K.R. Nagar in the 1978 Assembly polls, Raghu said that such kindness of Urs towards Backward Classes hugely helped in Backward Classes getting political representation.

Noting that it was Urs who renamed the then Mysore State as Karnataka, he recalled the love for Kannada language that the former CM had.

KSOU faculty Dr. N.R. Chandregowda, in his address, said that Urs who hailed from Kallahalli in Hunsur taluk of Mysuru district, had a good understanding of rural problems.

Asserting that Urs was an able administrator who worked for the development of the State, he said that Urs must be credited for giving a political rebirth to late PM Indira Gandhi, who had lost the 1977 LS polls, by making her contest from Chikkamagalur Lok Sabha by-poll in 1978, which she won.