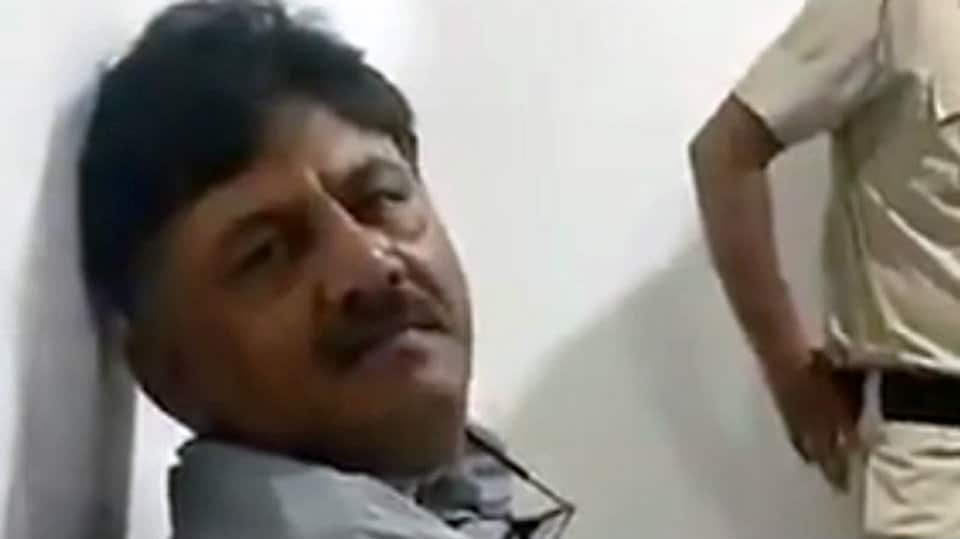 Phenomenal growth in his income while he was in an important position, claim Enforcement Directorate officials

New Delhi: A Delhi Court yesterday sent Karnataka Congress leader D.K. Shivakumar to the Enforcement Directorate’s (ED) custody until Sept.13. The probe agency had earlier sought 14-day custodial interrogation of the leader, who was arrested on Tuesday night in a case of money laundering.

Special Judge Ajay Kumar Kuhar pronounced the order in the matter after the ED argued that Shivakumar had been evasive and non-cooperative in the probe and there was “phenomenal growth” in his income while he was in important position.

Opposing the ED’s contentions, Shivakumar’s Counsel said that the Congress leader has already been quizzed for 33 hours by the agency and he is not a flight risk.

Shivakumar, arrested on Tuesday night, was produced before the Court after he underwent medical check-up at Ram Manohar Lohia Hospital. Shivakumar’s lawyers Abhishek Manu Singhvi and Dayan Krishnan opposed the ED’s plea for custodial interrogation, saying that he had joined the probe and never absconded.

His Counsel claimed that Shivakumar has not been given food and seemed that it is “slow torture” by ED. Singhvi said the Police remand is a rare exception and cannot be granted in a mechanical manner and the ED’s plea for Shivakumar’s custodial interrogation is perverse. He was opposing the submissions of the ED which told the Court that the Income Tax investigation and statement of various witnesses have revealed “incriminating evidence” against Shivakumar.

The ED said his custody is required as he has to be confronted with voluminous documents and to unearth illegal properties.

Custodial interrogation of Shivakumar is necessary as some facts are in his personal knowledge, it said, adding that he tried to misguide the investigation.

It said Shivakumar’s interrogation was needed to ascertain the source of money and unearth the modus operandi and that he did not explain cash seized in search.

In a video posted on his Twitter, Shivakumar is seen sitting on a chair, leaning back, saying, “Political vendetta has become stronger than the law in this country.” A Policeman can be seen standing beside him.

The video message on Twitter came just hours after his request to address the people of Karnataka was turned down by the Court where the ED was seeking his custody for 14 days.

“Absolutely not,” said Judge Ajay Kumar Kuhar when Shivakumar’s Counsel made the request.

3 COMMENTS ON THIS POST To “D.K. Shivakumar sent to ED custody till Sept.13”