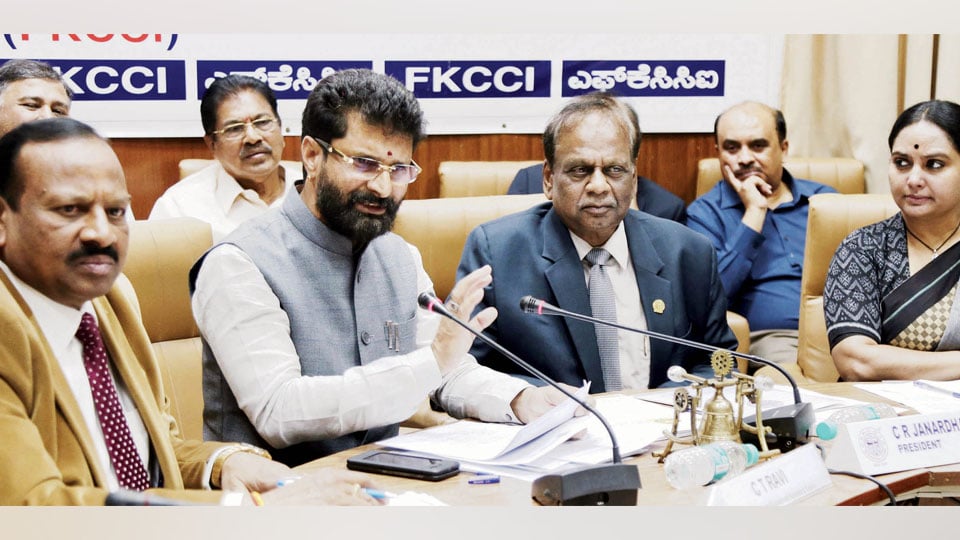 Bengaluru/Mysuru: In order to provide a boost to sagging tourism in Mysuru, the State Tourism Department will launch Dasara publicity blitzkrieg in April this year, six months ahead of Dasara, to attract local, national and international tourists.

“This early promotion will avoid confusion and Chief Minister B.S. Yediyurappa will chair the High-powered Dasara Committee meeting in April itself where the funds will be released. After this, publicity campaigns can be initiated and also, officials will get more time to carry out Dasara development works instead of carrying it out in the last moment,” Ravi said and added that the Department was trying to include Dasara grants proposal in the Budget document to be presented by the CM on March 5.

Soon after the Budget Session, the Minister will convene a meeting with authorities concerned and start Dasara promotional activities from April itself. “Every year promotional activities will begin in September, hardly a month before Dasara. In such case, forget international, even domestic tourists cannot make it to the event. Considering this we are making an early plan this time,” Minister C.T. Ravi announced.

Asserting the importance of playing right hosts to tourists visiting Mysuru exclusively to witness the 10-day Nada Habba celebrations, Ravi said that efforts must be made to inform stakeholders, hoteliers and tour operators about the initiatives taken by the Tourism Department to attract more visitors to Mysuru by taking up publicity in different parts of the country. He added it was the task of the locals to join hands with them to see that tourists do not go back with a bad experience. Even tourism stakeholders in Mysuru are in favour of early promotional campaigns as according to them, publicity campaigns should not be restricted to Mysuru alone. Information dissemination must be far and wide, they said.

“We must ensure that all the Dasara events are properly publicised. Every year, a host of events are held and most of them are not given wide publicity. Advance publicity is necessary for tourists so that they can plan their itinerary. Publicity materials on flights that operate from Mysuru can go a long way in attracting tourists to Mysuru,” stakeholders opined.