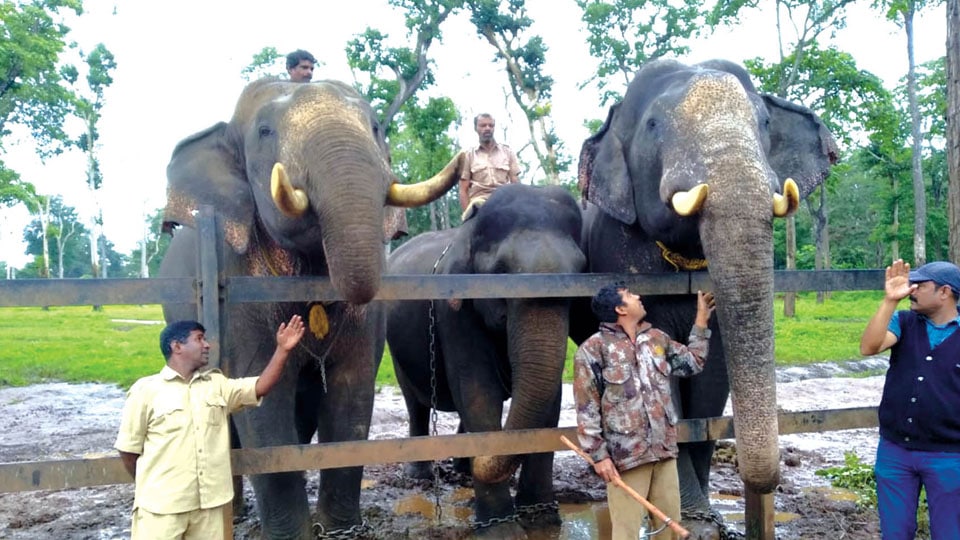 The first batch is being led by Howdah Elephant 58-year-old Arjuna from Balle elephant camp. The others are 60-year-old Balarama, 52-year-old Abhimanyu and 39-year-old Drona — all from Mathigodu elephant camp, 42-year-old Chaitra from Bandipur and 62-year-old Varalakshmi from Masti elephant camp.

Apart from being fed with sumptuous meals, Forest Department Veterinarian Dr. Mujeeb is doing daily checks of the elephants, especially Arjuna who will be the cynosure of all eyes on the Vijayadashami day. Elephants are being closely checked for any possible infections. Even their dung is checked and monitored. Along with the elephants, mahouts, kavadis and their family members are getting ready for the Gajapayana. For the Gajapayana, the Veeranahosahalli Gate is being decked up. The weeds around the gate are being cleared and the land is being levelled by earth movers. Over 1,200 chairs will be placed for the crowd that is expected for the event. Over 1,200 packets of food will be distributed on that day for the crowd while over 400 guests, VIPs and media will be served with special food at Veeranahosahalli Tribal Ashrama School. 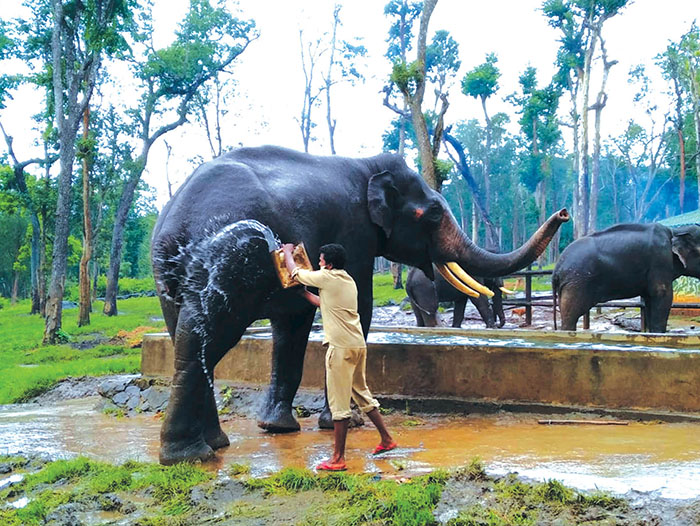 Elephants are being examined and bathed at Murkal in Kodagu before they head to Veeranahosahalli.

Special cultural programmes will be organised on the Gajapayana day where youth and children from the Tibetan Camp at Gurupura near Hunsur will present their traditional dances. This apart, tribals from Veeranahosahalli and surrounding areas will also present their culture in a colourful way.

Meanwhile, on the Mysore Palace campus, construction works on the temporary sheds to house the Dasara elephants and shelter for mahouts and kavadis are going on in full swing.

This time, 12 elephants will be brought to the city in two batches. The authorities have erected temporary shelters, including a school for the children of mahouts and kavadis, and a temporary healthcare centre.