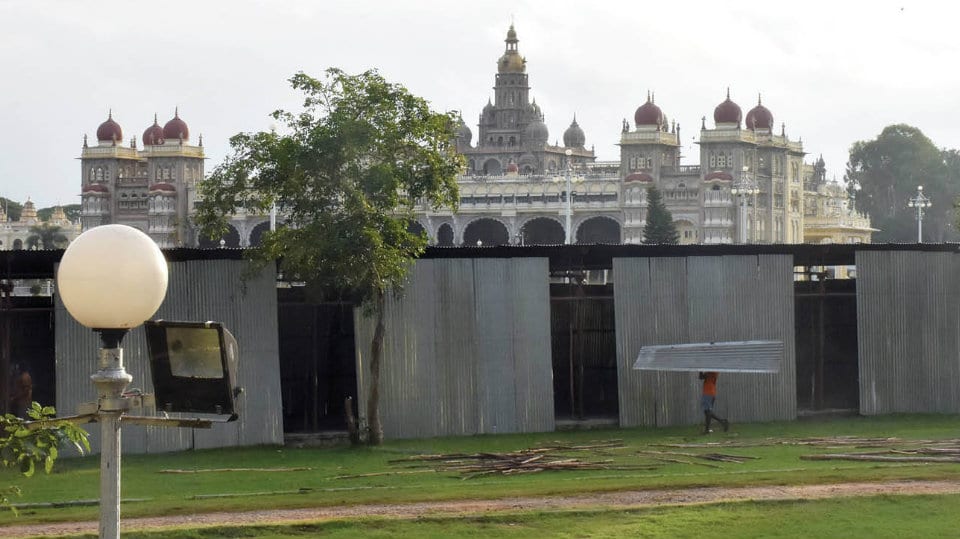 Mysuru: The six Dasara elephants which are presently housed at Aranya Bhavan in Ashokapuram, will be brought to the Palace at 12 noon tomorrow (Aug.26).

Upon reaching the Jayamarthanda Gate, the elephants will be received by the Palace Board, with a team of priests headed by S.P. Prahald Rao performing puja to the pachyderms.

With the arrival of Dasara elephants, the Palace Board has constructed sheds for the stay of Mahouts, Kavadis and their families in the Palace premises.