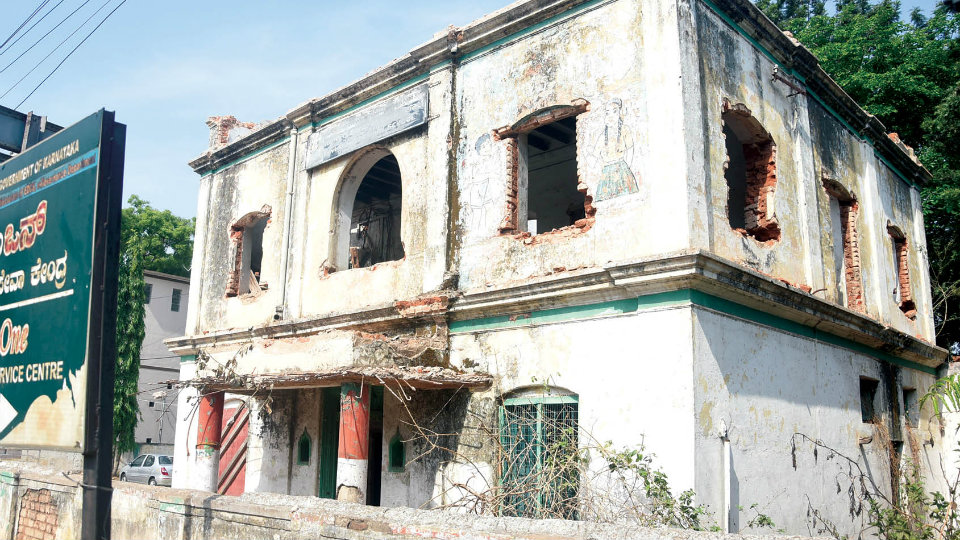 • DC, who is also the Heritage Committee Chairman and Archaeology Department officials say they have no information about it.

• The razing work, taken up by MUDA three months ago, was stopped then after stiff opposition.

Mysuru: Just three months after the demolition works of the century-old school building at Ittigegud taken up by the Mysuru Urban Development Board (MUDA) was stopped after stiff opposition, the historical school of Ittigegud in the heart of the city become history on Saturday. The MUDA had earlier planned to construct a commercial complex at an estimated cost of Rs.2.8 crore.

Now, the building has been demolished all off a sudden using an earth-moving machine which has now become a centre of controversy. Historians and heritage experts have slammed the demolition of the school building.

Meanwhile, Deputy Commissioner Abhiram G. Sankar and the officials of the Department of Archaeology, Museums and Heritage, said that they have no information about it. As calls made to MUDA Commissioner could not be connected, it is to known, who undertook the demolition of the 109-year-old historic school which dates back to pre-independence era.

The school was built in 1910 during Nalwadi Krishnaraja Wadiyar’s rule but was left unused since about eight years. Though the school building in not listed in the heritage buildings’ list, the public have emotional relationship with the building.

Meanwhile, officials of the Department of Archaeology, Museums and Heritage, reacting to the demolition of the historic school building, said that approval was not taken earlier to demolish the century-old school building and hence it was stopped and added that approval to demolish the historic building has to be taken from the Deputy Commissioner, who is also the Chairman of the Heritage Committee.