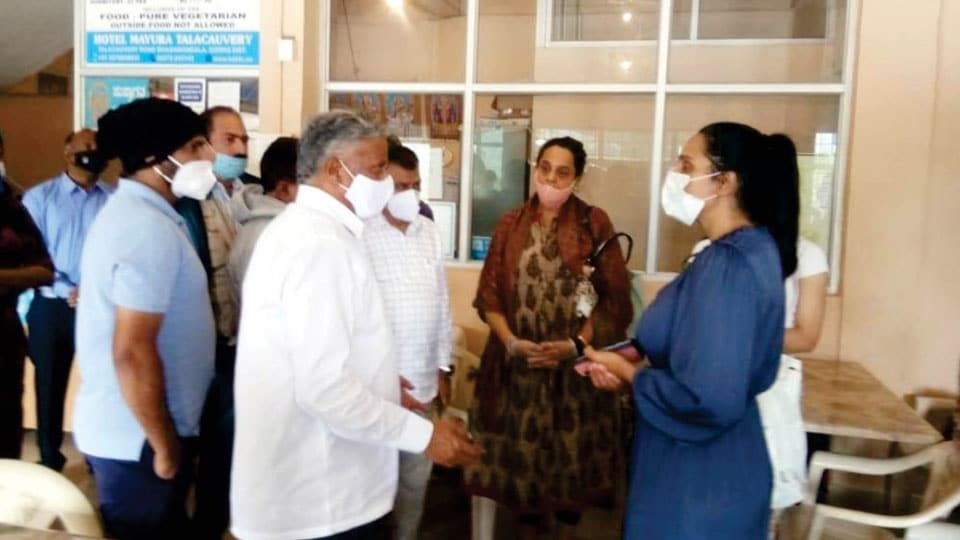 Five persons of a family including the Chief Priest of Sri Cauvery Temple T.S. Narayanachar are buried alive as a portion of the Brahmagiri Hill collapsed on two houses where the priests lived. Along with Narayanachar, his wife Shantha Narayana, Narayanachar’s brother Anandathirtha Swamiji and relatives Ravikiran Bhat and Pavan Bhat are feared to be dead.

In the search carried out on Saturday, the body of Anandathirtha was found. Search is on to find other missing persons. Meanwhile, daughters of Narayanachar-Shantha couple Sharada and Namitha who are settled in Australia and New Zealand have reached Talacauvery and are discussing with the rescue personnel about the rescue operations.

Rains have abated in the hilly district but areas where River Cauvery flows are still deep under water. Flood situation at Balamuri and Kottamudi remains to be grim as water level has not receded. The connection between Murnad and Napoklu continues to be disrupted. Flood waters have receded in Kushalnagar and the residents have begun cleaning their houses to make them fit for living.