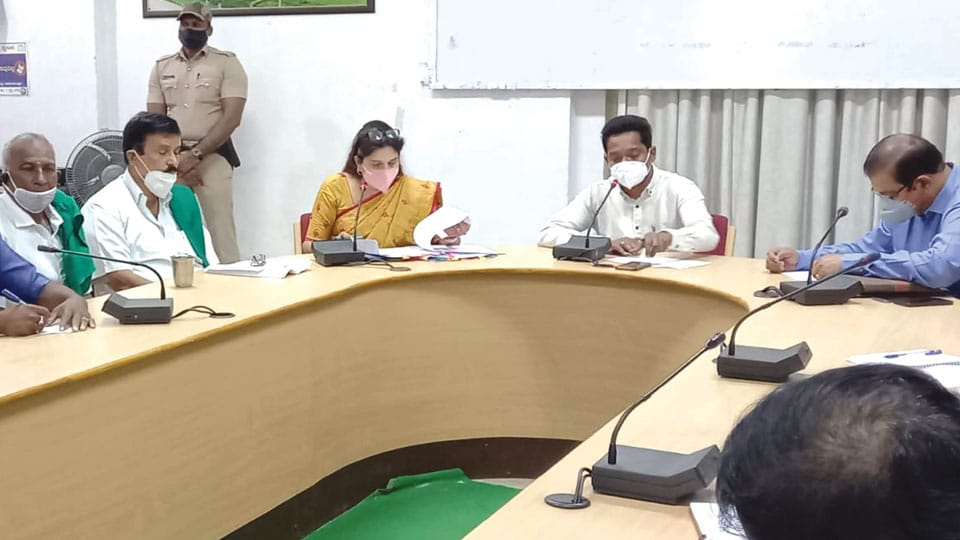 Mysore/Mysuru: Stating that the District Administration will write to the Government seeking to fix FRP (Fair and Remunerative Price) for sugarcane, Deputy Commissioner (DC) Dr. Bagadi Gautham directed the representatives of Bannari Amman Sugar Factory in Nanjangud taluk to implement the bilateral agreement reached between sugarcane growers and the factory as directed by the Government, from Sept. 1.

He was presiding over Mysuru-Chamarajanagar sugarcane growers grievances and sugar factory representatives meeting  at his office here on Tuesday.

At the start of the meeting, the farmers sought the District Administration to write to the Government to fix Rs. 3,500 per tonne as FRP and to direct the sugar factories to pay advance money to cane suppliers.

The farmers also alleged that sugar factories had not paid their share of dividend on Ethanol and other cane by-products for the past four years.

On his part, Bannari Amman Sugar factory representative Venuswamy maintained that the farmers were not paid as the Government is yet to fix the FRP for the current year.

Stating that the factory will pay Rs. 2,500 per tonne as advance money to farmers, he argued that there would have been no delay  in payments if the Government had fixed the FRP price by now.

When the farmers contended that Rs. 2,500 advance was less, the DC questioned Venuswamy on how much the factory can pay the maximum, to which Venuswamy said that he would discuss the matter with the factory authorities.

Venuswamy also contended that as Ethanol does not come under the purview of sugar factories, they cannot pay dividend for the by-product.