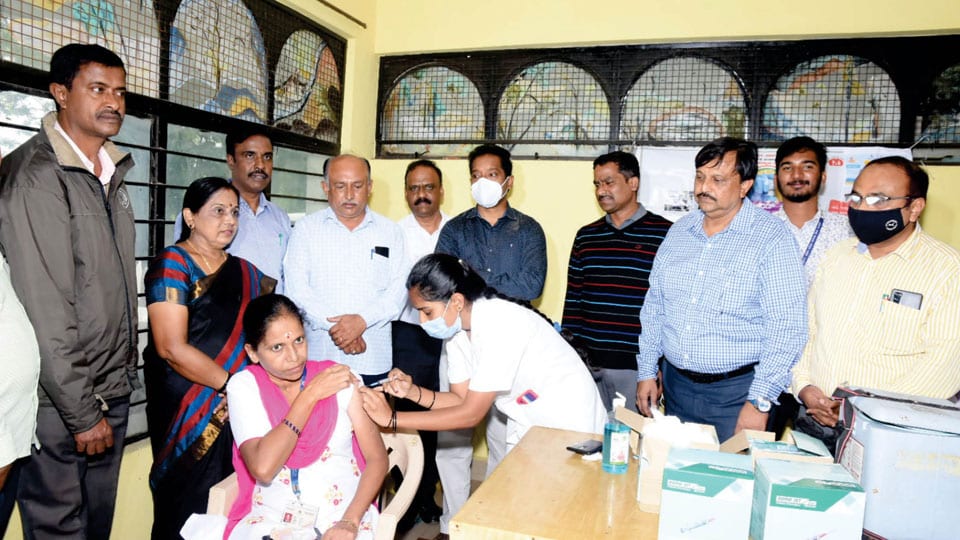 Speaking on the occasion, he said that following the Centre’s decision to administer free booster dose to all adults, the drive has been launched to vaccinate the eligible people (those who have received two doses of vaccine).

Pointing out that the 75-day drive will be completed before the commencement of Dasara festivities, he called upon the people to get vaccinated taking into consideration their own health and safety.

District Health Officer (DHO) Dr. K.H. Prasad said that the drive launched as per the Government’s direction will go on till Sept.30. Noting that till now, booster dose was given for free only for elder citizens aged over 60 years, health workers and frontline warriors, he said that now the dose is being given for free for all people.

He further said that the Health Department is observing this week as ‘Booster Dose Week’ for which 540 centres in the district including 70 in Mysuru city have been set up.

Noting that 2.50 lakh elderly citizens and 10 lakh out of the 20 lakh people in the age group of 18 to 60 years of the district are yet to receive the booster dose, he asked the people to make use of the drive by visiting their nearest centre and get vaccinated.

Earlier, a vaccination camp was held under the aegis of Mysuru District Journalists Association for journalists and their family members at the same venue, which was jointly launched by DC Dr. Bagadi Gautham, DHO Dr. K.H. Prasad and MDJA President S.T. Ravikumar.