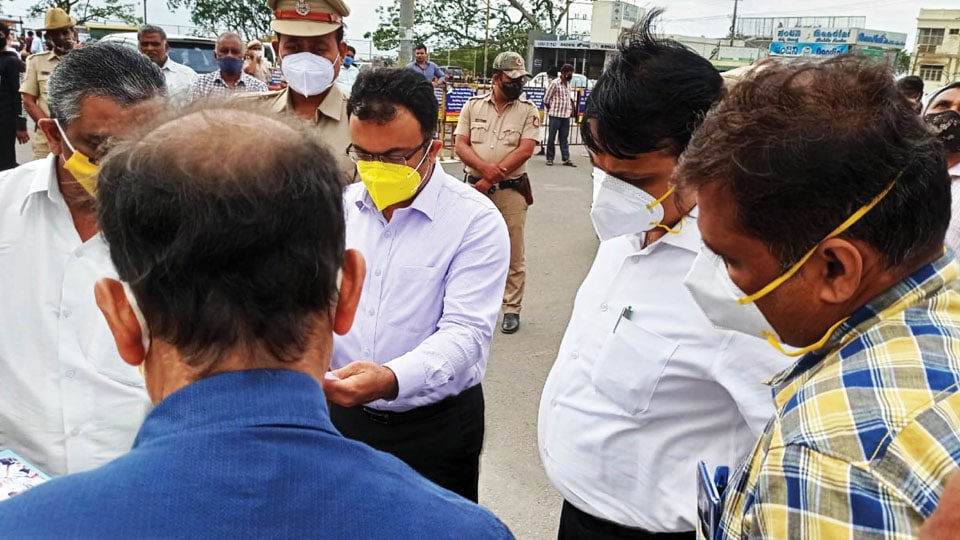 Only 200 persons to be allowed to witness Dasara opening

Mysore/Mysuru: The District Administration is planning to allow only 200 persons for the formal inauguration of Dasara-2020 atop Chamundi Hill on October 17.

The Deputy Commissioner  instructed officials to cap the number of invitees to only 200 following instruction from the State Government to celebrate this year’s Dasara in a simple manner due to  COVID-19 threat.

As usual, a dais will be erected adjacent to the Chamundeshwari Temple and put only 200 chairs. This number does not include media persons. Public will not be given entry to the Chamundi Hill on the day of inauguration, he noted.

The Police Commissioner will supervise the security of VVIPs, parking and traffic arrangement on that day, the DC said.