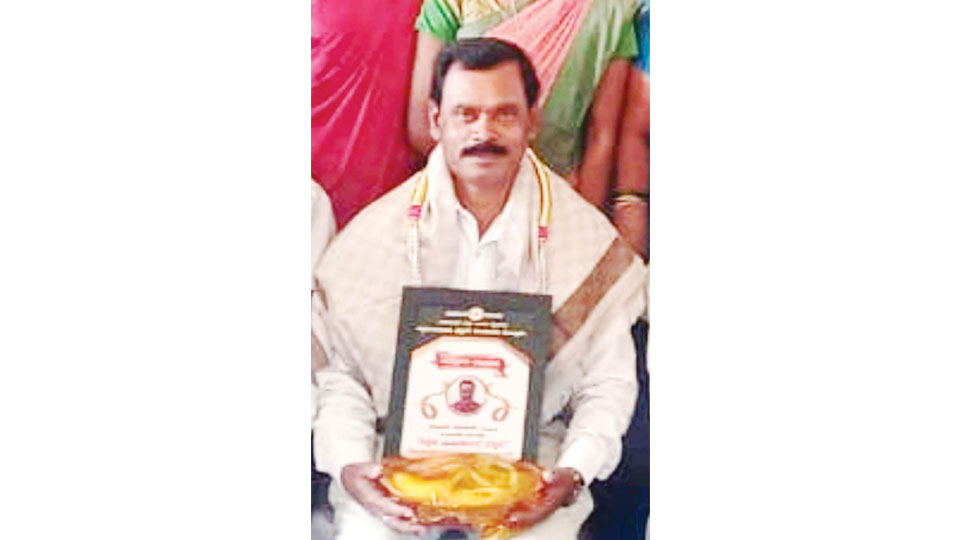 One more teacher suspended for sending lewd messages to student

Mysore/Mysuru: A man who worked as a teacher by using his deceased brother’s educational qualification certificates at Kattemalalavadi Higher Primary School near Hunsur has been placed under suspension. He was arrested earlier for the crime.

Lakshmane Gowda served as a teacher in a Government School for 24 years and this had not come to light despite him being on routine transfers. He had used his brother Lokesh Gowda’s certificates and claimed himself to be Lokesh Gowda. Lokesh had passed away soon after he had got the appointment letter for the teacher’s post and could not join duty.

Instead, Lakshmane Gowda posed as Lokesh Gowda and reported for work. He managed to hoodwink the Education Department and fellow teachers at various Schools. However, this fraud came to light last month.

Now, the Deputy Director of Public Instruction (DDPI) Ramachandra Raje Urs has issued orders placing Lakshmane Gowda under suspension. As the case is in the Court of law, a departmental enquiry is also being conducted.

“As he is considered a Government employee, action will be taken as per procedures. A notice has been served and he will be dismissed after inquiry. Also the Department has sought legal opinion to prove to the Court that he is an imposter,” the DDPI told reporters.

The DDPI has also suspended a Physical Education (PE) teacher — pending inquiry — who has been accused of sending lewd messages to a girl student who studied in class 8.  The student’s family has registered a complaint with the Bettadapura Police Station against ‎Nityananda Patigar, a PE teacher at Bhuvanahalli Government High School accusing the teacher for sending sexually explicit messages to the girl student.  The girl confided about the harassment from the teacher to a male relative who also studies in the same school. The boy discussed the issue with his friends and later confronted the teacher about his behaviour

The girl’s family stated in their Police complaint that on Mar. 25, Nityananda Patigar allegedly called the boy to his chamber, assaulted him, and threatened to rusticate if he revealed the issue to anyone. The humiliated boy attempted to end his life over depression, the complaint stated.