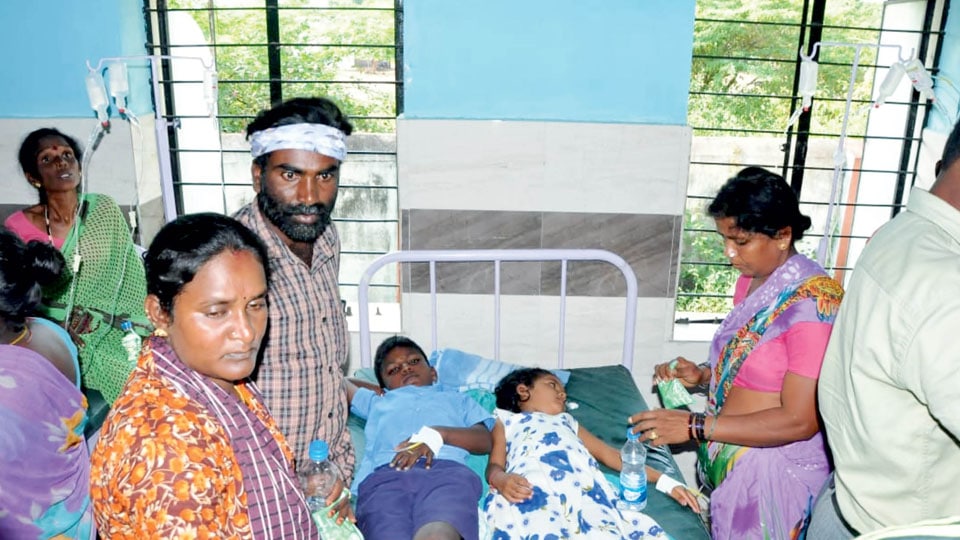 Hanur: About 70 students of a Government School in Hanur taluk of Chamarajanagar district took ill yesterday after they consumed food in which a dead lizard was spotted.

More than 90 of the 170 students at Vadakehalla Government Higher Primary School had food at the school as part of the Mid-Day Meals programme on Monday. As meals were served to the children, some helpers found a dead lizard in the curry vessel, following which the students were asked to stop taking food. But by then, 70 of the students had already consumed the food and they began to vomit some time later.

All the students, who took ill after having food, were rushed in Ambulances to Koudalli, Ramapura and Hanur Hospitals, where they were treated and discharged a couple of hours later following recovery.

The parents, upon learning about the incident, rushed to the School, which led to tension for some time. However, they were a relieved lot as the children returned from Hospitals after treatment.

BEO T.R. Swami said that  about 70  children of the school fell ill after having food in which a dead lizard was spotted and all the affected children were treated in hospitals and subsequently discharged.

Pointing out that a meeting will be held with school teachers and cooking staff on Tuesday, he said that action will be taken if anyone is found guilty of negligence.