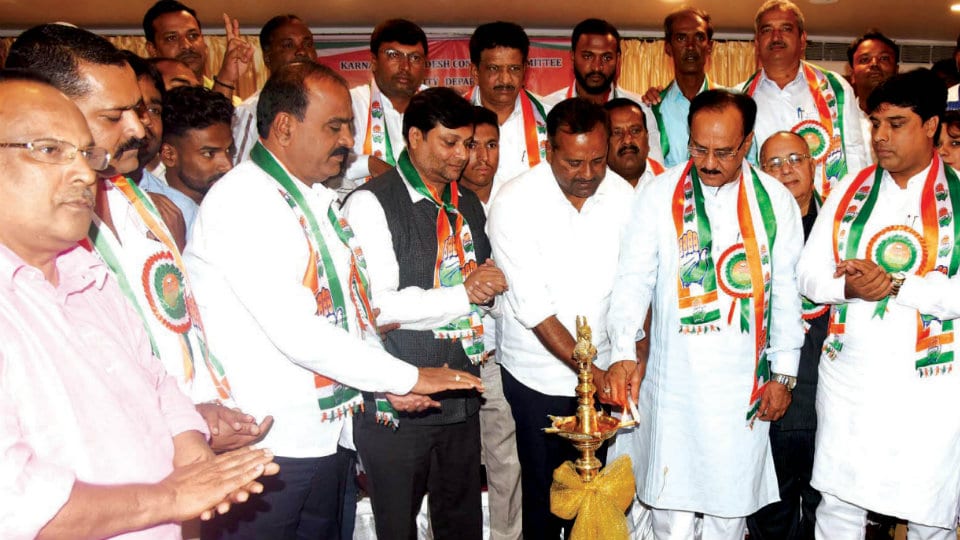 Speaking at Mysuru Zone Congress Minority Wing Executive Meeting at a private hotel here yesterday, Sayeed Ahmed said that the minorities always stood with the Congress. The party workers should work hard for strengthening the roots of the party by forming Ward and Booth Committees, he said.

He further said that the party workers should ensure that the minorities would not move away from the party for whatever reason.

Clarifying that the Congress had nothing to do with Popular Front of India (PFI), he said that the party would not extend any support to the PFI.

He also suggested the Centre to ban PFI along with Hindu organisations such as RSS and Bajarang Dal.

Food and Civil Supplies Minister U.T. Khader, in his address, said that the toil of party workers would be taken note of by the party leaders. Maintaining that hard working party workers will get top positions, he called upon the party workers to give their best for strengthening the party at the grassroot level.

He also cautioned the party workers to keep a watch on those elements who brain-wash minority community youths into taking up disruptive activities.