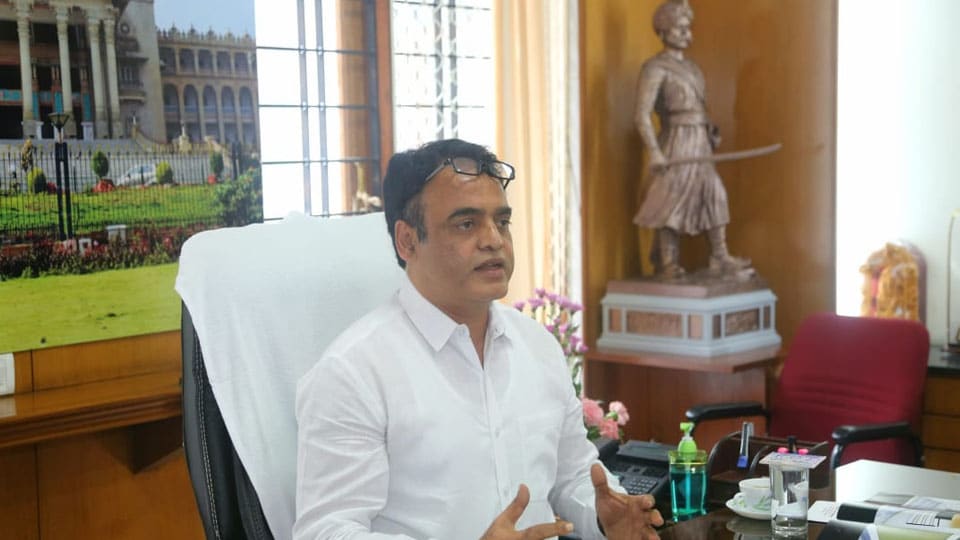 Mysore/Mysuru: Deputy Chief Minister and Higher Education Minister Dr. C.N. Ashwathnarayan said the State Government was making arrangements to start Degree Classes from November. A final decision in this regard will be taken in consultation with the concerned including Chief Minister B.S.Yediyurappa.

Talking to reporters after participating in the Centenary Convocation of University of Mysore here on Monday, he said it was not proper to compare re-opening of cinema halls with schools and colleges that too during the current COVID-19 pandemic. As regard to re-opening of Degree Colleges, the authorities need to sanitise the classrooms after every period. Students should be vigil for every moment and cannot show laxity. It was not an easy task to protect the health of students, teaching, non-teaching staff and others. The Coronavirus was still active and we will re-open the Degree Colleges only after studying the situation. Hurrying is not advisable in this matter, he noted.

Dr. Ashwathnarayan said already online classes were going on in all colleges. Digital teaching and coaching have been more popular than expectation. However, it was up to the students to make use of the same. University Grants Commission has already issued guidelines regarding re-opening of Degree Colleges and accordingly, preparations were on. Date of re-opening of colleges will be announced soon, he noted.

Replying to a question, the Minister said Karnataka was making preparation to implement National Education Policy (NEP) announced by the Government of India. The Task Force constituted for the implementation of this project had already given its first report. After making all preparations it will be implemented from next year in phased manner, he said.

Prime Minister Narendra Modi, while delivering the Convocation address had stressed on NEP. In the wake of this, the State Government was making preparations in the last eight months, he added.